Run Windows 10 on your existing PC you say, Microsoft? Hmmm.

Believe it or not, torching existing stock and starting over may work out cheaper

Throughout my career I have seen many Windows releases with minimum requirements that were a little bit deceiving. Sure, the machines would boot, but you would sometimes have enough time to brew a fresh pot of coffee before the computer was in a usable state.

That usable state excluded any applications you wanted to run on top of the OS. Around the Windows 95 and 98 era, this experience wasn’t pleasant if the hardware was close to the minimum requirements.

You quickly found out how patient your users were if you didn’t give them a PC that worked at a reasonable speed. In current times, with even the most lowly machines having multiple cores and running at multiple gigahertz, it shouldn’t be a problem... right?

So with Windows 10 round the corner, and Microsoft doling it out as a free (for now) upgrade to users of Windows 7 and 8, everyone should be able to upgrade to Windows 10 with no problems... right?

Setting aside the actual usability of Windows 10 itself, the answer to the question from the hardware perspective at least is: “Probably, with caveats.” What can you, as the administrator, do before Windows 10 lands to make sure you and your company are prepared?

Even machines four or five years old will meet the minimum specs. The hardware minimums are:

4. DirectX 9 driver that is WDDM approved

To those people who, by choice or need, are still running Windows 7, no such guarantee or statement has been made. As long as the machine – or machines – in question meet the minimum specifications, it will be the long-used “suck it and see” approach. If the upgrade doesn’t go as planned, however, Microsoft has provided a roll back mechanism. It should prove useful for those machines that don’t work as expected or for users who decide Windows 10 is not for them. 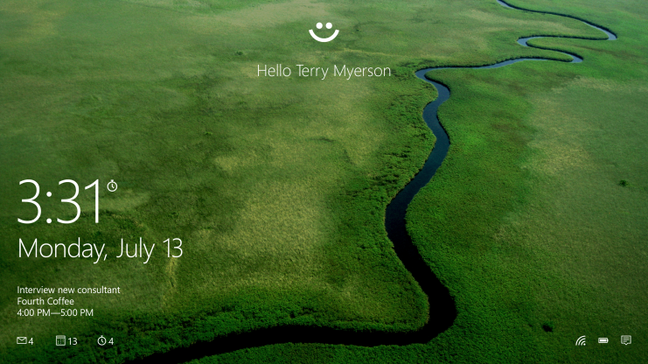 The new look for your Windows 7 PC?

One problem that I suspect a lot of Windows 7 upgraders may face is the fact that the hardware or peripherals that were purchased when Windows 7 came out almost six years ago will have little to no chance of having the correct Windows 10 drivers available, given the speed with which add-on hardware becomes obsolete. Sure, some Windows 8 drivers may work but even then it would be touch-and-go as to whether they work as expected.

Bill Gates is said to have described drivers for Windows NT as “mother's milk” in terms of being essential to get people on board with a new operating systems. I can quite easily foresee a number of users complaining when their off-brand sound card or some other component of their off-brand PC no longer works as intended on Windows 10, as the drivers have changed or are unavailable for download.