Having been slammed and embarrassed, ICANN tells the world: We've done nowt wrong 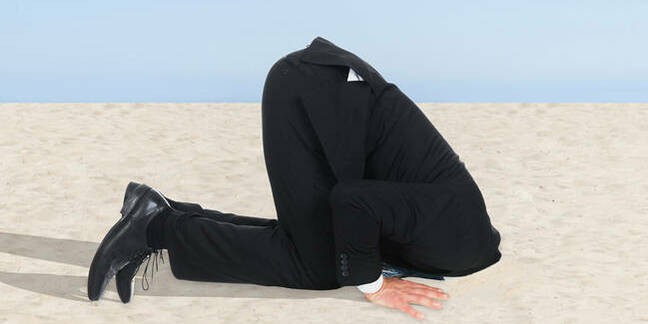 Last week, a group of retired judges slammed domain-name overseer ICANN for breaking its own bylaws by having failed to "act fairly, neutrally [and] non-discriminatorily" in a dispute over the .africa top-level domain.

Yesterday, we revealed that ICANN's staff redacted the judges' final report to remove all evidence that the organization had assisted one of the two groups vying for ownership of .africa.

Today, the ICANN Board and its staff told the world that they had done nothing wrong.

In an emergency meeting held Thursday morning, the ICANN board made five resolutions, and issued a 3,000-word announcement. At no point does it apologize. Moments later, ICANN staffers drew up a 500-word explanation for why they had redacted the final report.

For the next few days, a working group from the internet community will meet in Paris to decide on new accountability measures that would force ICANN to be more open in its decision-making.

Both ICANN's board and staff continue to resist any effort to add a layer of oversight to their actions. ICANN's chairman penned a blog post about the process on Wednesday. In it, he noted: "The accountability proposal should add only the minimal amount of extra structure and not introduce undetermined risks."

In its resolution, the ICANN board decided to follow the firm recommendation of the Independent Review Panel (IRP) and allow the application for .africa by the company DotConnectAfrica (DCA) to proceed in its evaluation.

However, it makes no mention of the fact that it was the ICANN board itself that wrongly denied the DCA application. Or that subsets of the ICANN board twice refused DCA's appeals. This rejection and the subsequent refused appeals were the entire focus of the independent report, and yet they evade any mention in ICANN's 3,000-word explanation.

The ICANN board refers to itself in the third person when walking through the history noting that:

In that decision, the NGPC accepted advice from ICANN's Governmental Advisory Committee (GAC) that DCA's application for .AFRICA should not proceed.

It refers only to the panel's conclusions that the ICANN board failed in its duty to properly investigate DCA's appeal, again from an outside perspective that reads as though the board is reporting on an organization over which it has no say, rather than itself.

On 9 July 2015, the IRP Panel (Panel) issued its Final Declaration. The Panel cited two main concerns relating to the GAC's advice on DCA's application: (1) the Panel was concerned that the GAC did not include, and that ICANN did not request, a rationale on the GAC's advice; and (2) the Panel expressed concern that ICANN took action on the GAC's advice without conducting diligence on the level of transparency and the manner in which the advice was developed by the GAC. The Panel found that ICANN's conduct was inconsistent with the ICANN Articles and Bylaws because of certain actions and inactions of the ICANN Board.

Despite having been told that it broke its own bylaws by failing to even ask its Governmental Advisory Committee (GAC) for a rationale for its "advice" to block the DCA bid, ICANN accepts no blame and suggests no culpability. It makes no suggestions for improvements. It puts forward no explanation of its failings. It does not even accept that the independent review panel was correct in its assertions.

Instead, it again notes, talking about itself: "The board will ask the GAC if it wishes to refine that advice and/or provide the Board with further information regarding that advice and/or otherwise address the concerns raised in the declaration."

And it makes no mention of the fact that ICANN signed the ZACR contract only after it formally decided that the DCA case was "exceedingly weak," and so in its own judgment, it didn't need to wait until the case was decided before signing a different contract for the same name.

Next page: We were always going to release it, maybe
Page:
Tips and corrections
12 Comments