One thing is clear: Sputnik Planum is relatively young. The lack of craters (of which there are plenty in other areas of Pluto) indicates the surface was formed as little as 100 million years ago – and in fact, Moore posited, it could have been formed last week for all we know.

The plains have also revealed a series of features that look like wind-driven deposits. Moore speculated that they were complex hydrocarbons that had fallen from the sky and been blown into crevices on Pluto's surface, noting that similar features can be found on Earth.

The mountains to the south of Sputnik Planum have now been named the Norgay Mountains, in honor of Tenzing Norgay, the first Sherpa to reach the summit of Everest.

It's the first time any feature in the Solar System has been named after a Nepalese citizen, Stern said.

"I'm still having to remind myself to take deep breaths," he said. "This landscape is astoundingly amazing."

But NASA had more to show off than just surface data. The first atmospheric readings are now in and it's clear Pluto's gassy shell is as unique as its landscape.

The first surprise is that the dwarf planet's atmosphere extends much further from the surface than first thought – about 1,000 miles. The upper part is nitrogen, with a lower band of methane and a thin band of complex hydrocarbons close to the surface. 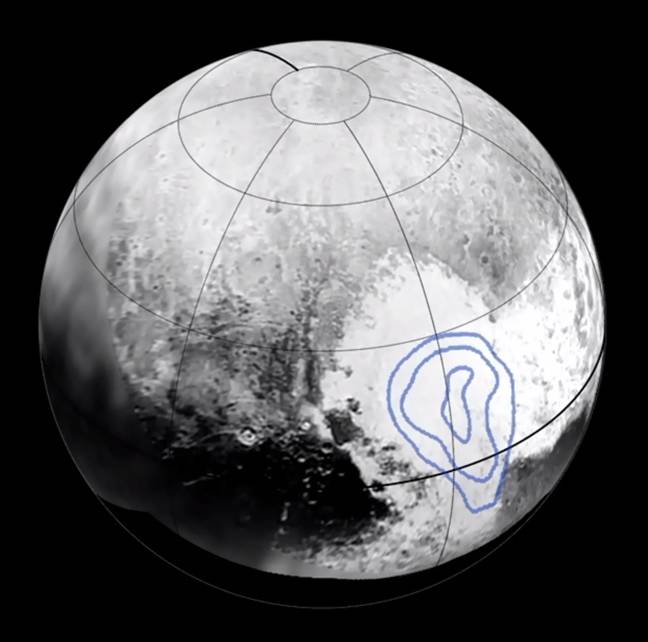 Pluto's heart of carbon monoxide – who left the motor running?

New Horizons has also spotted a lot of carbon monoxide on one section of the surface that's causing consternation. The monoxide zone might be upwelling from within Pluto, or it could be dissolved into nitrogen or methane ice on the surface.

More readings are needed, said Will Grundy, one of New Horizons' co-investigators.

But because Pluto is so small, it's losing its atmosphere. New Horizons co-investigator Fran Bagenal said the planetoid is losing about 500 tons of nitrogen an hour. By comparison, Mars loses about one ton per hour.

As the nitrogen is lost, it's impacted by charged particles coming from the Sun: the so-called solar wind. This blows a stream of nitrogen back from Pluto, which New Horizons has been measuring from far side of the freezeworld. 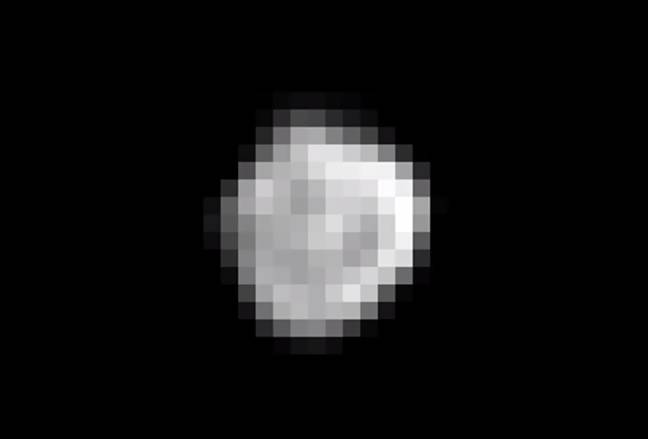 Nix, in all its blurry glory

Finally, Stern showed off the first pictures of Nix, one of Pluto's smaller moons.

The image showed that the moon is roughly spherical and around 25 miles across, and in terms of brightness it's between Charon and Pluto.

While the picture is blocky, Stern reminded the audience that up until three months ago, we had no higher resolution photo of Pluto, let alone its moons. Even clearer images will be available later on, he said. ®