Happy NukeDay to you! 70 years in the shadow of the bomb post-Trinity

Top nuke boffin calls for new test, but not for the reason you'd think

After the war was won, the US continued to explode nuclear weapons both above and below ground. Testing was only stopped aboveground after the Partial Nuclear Test Ban Treaty was signed in 1963, but the effects are still detectable.

When surface testing was halted, the background radiation level for the whole planet had risen to 1.15 milliSieverts (mSv) above 1945 levels, which is about the amount of extra radiation flight attendants experience every year. Nowadays that level is only elevated 0.005 mSv, but this still causes problems for scientists.

For instruments that are extremely sensitive to radiation, this background mSv is detectable, and it is found in all metals produced after 1945. This has spurred a market in what's called low-background steel for instruments such as photonics devices, sensors on the International Space Station, and Geiger counters.

Much of this low background steel comes, ironically enough, from the First World War. When Germany surrendered in 1918, its Imperial Navy was sailed to the Scottish Royal Navy base at Scapa Flow after the armistice.

Fearing that his fleet would be taken over and used by the British, Admiral Ludwig von Reuter ordered his men to scuttle the ships, and ever since, many of the warships have lain underwater slowly rusting. That water protected them from radiation and the steel is now mined for use in radiation-sensitive devices. 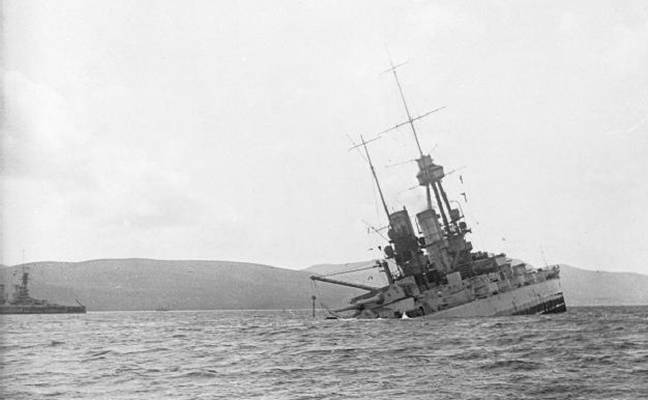 The Imperial German navy does humanity a big favor

The US, UK, and USSR agreed to stop testing on the surface, in water, or in space in 1963. France carried on atmospheric tests until 1974 and the Chinese stopped in 1980, and the last underground test by the five nations ended with the Comprehensive Test Ban Treaty in 1996, although Pakistan, India, and North Korea have all carried out tests since.

But according to former Los Alamos scientist Dr Robert Brownlee, the testing program must be restarted, he told The Register. But the reason to start detonating these weapons again isn't what you might be thinking.

Next page: From pasture to plutonium
Page:
Tips and corrections
110 Comments

Obit Two weeks after he went public with illness, philanthropist Alt-F4s from this simulation we call reality

It's 2019 so, of course, you can now (kinda) play Pictionary with dead Microsoft cofounder Paul Allen's AI bot