An EPIC picture of Earth, sunny side up, from one million miles out

DSCOVR gets on the job at L-1

NASA has released a splendid new pic from the DSCOVR satellite, newly arrived at point L-1 a million miles sunward from Earth. 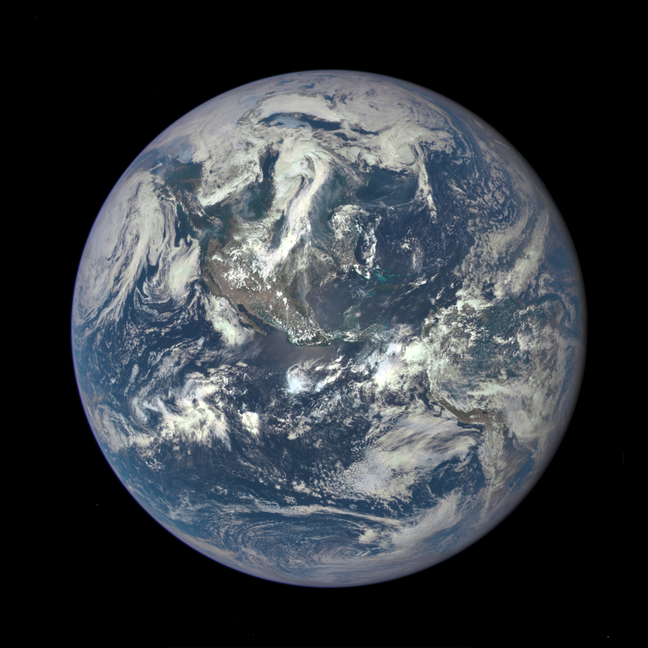 An epic e-pic from EPIC.

DSCOVR's full name is the Deep Space Climate Observatory, so dubbed for its position at the Lagrange point one million miles away on a line from the Earth to the Sun, where the interplay of gravitation between the star and the planet will keep it steady.

The primary mission of DSCOVR is to monitor the solar wind and its interaction with the Earth, including the advance detection of solar storms and suchlike. However the wardrobe-sized spacecraft also carries the Earth Polychromatic Imaging Camera (EPIC) aimed back at the homeworld for the purpose of imaging the various reflected and emitted light and radiation given off by our planet. 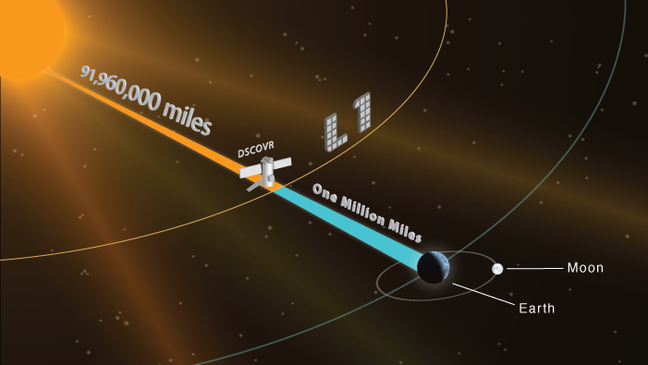 DSCOVR was launched aboard a SpaceX Falcon 9 rocket back in February and has recently joined the collection of human space platforms orbiting in the neighbourhood of L-1 (the first mission to the Lagrange point departed in 1978, and there are several operational spacecraft in the vicinity at present). The electronic pic released yesterday is the first one sent back by EPIC.

“As a former astronaut who’s been privileged to view the Earth from orbit, I want everyone to be able to see and appreciate our planet," said NASA chief Charlie Bolden, who went to space four times as a Shuttle astronaut, in tinned quotes issued alongside the pic.

We are told by the National Oceanic and Atmospheric Administration (NOAA), which is actually in charge of DSCOVR (though NASA and the US airforce are also involved):

These initial Earth images show the effects of sunlight scattered by air molecules, giving the images a characteristic bluish tint. The EPIC team now is working on a rendering of these images that emphasizes land features and removes this atmospheric effect. Once the instrument begins regular data acquisition, new images will be available every day, 12 to 36 hours after they are acquired by EPIC. These images will be posted to a dedicated web page by September.

"The high quality of the EPIC images exceeded all of our expectations in resolution," bubbles Adam Szabo, DSCOVR boffin. "The images clearly show desert sand structures, river systems and complex cloud patterns. There will be a huge wealth of new data for scientists to explore." ®