Pakistan wants to copy GCHQ and eavesdrop on world+dog's comms

Spies gonna spy, no matter where in the world they are 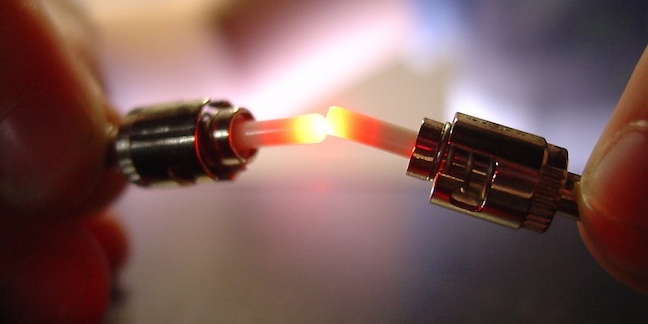 Cable-sniffing: The ISI want to slurp all comms through the subcontinental nation

Pakistan's intelligence agencies want to snoop on all communications crossing its borders.

Documents published by Privacy International (PI) on Wednesday (PDF) show Pakistan’s Inter-Services Intelligence (ISI) agency proposed a programme to monitor all international IP traffic coming into and out of the country, encompassing 3G, broadband and Wi-Fi.

According to PI, the 2013 proposal called for seamless interception that would “not be detectable or visible to the subscriber".

Given the scale of the plans, those subscribers would not just be Pakistani citizens but anyone whose communication passes through the country.

“We need to know whether this project was approved, and if so how it is being regulated to prevent abuse of such a powerful system,” said PI deputy director Eric King.

“Mass, indiscriminate surveillance goes against the most basic fundamental human right to privacy. The scope and scale of the program is neither necessary nor proportionate. We also have major concerns about ISI’s track record of engaging in extra-judicial arrests and other abuses," he added.

Under Pakistani law, authorities may employ covert surveillance if they have reason to believe someone is “likely to be associated” with an offence.

PI’s report calls on the Pakistani government for answers, but also advises foreign companies selling surveillance equipment to “do their due diligence” and to stipulate human rights guarantees in their contracts. ®