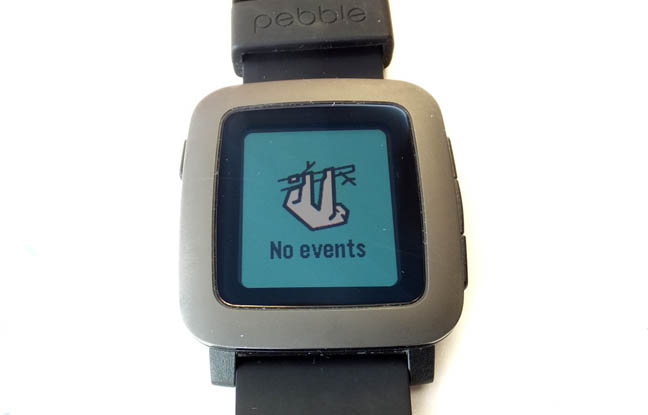 No events: Looks like a sloth, just hanging around, waiting for something to happen

Something had definitely been lost in the euphoria of colour. I’ll give you an example. Press the down button with a free calendar and the Time will display an animated sloth hanging from a branch. In a hard-to-read sized font, which requires you to squint, are the words “No events”. This just isn’t so Pebble-y either.

At least the battery worked like a champ: the Steel never gave me fewer than five days' use. The Time, despite the colour display, didn’t fail to match it, and usually exceeded it.

Lest we forget, the Time is the first Pebble to feature a mic, but few apps use this yet. Interestingly, it will support Android Wear. Google seems to regard Pebble as its “Wearables: Plan B”, which is smart considering its "Wearables: Plan A” isn’t working out so well. 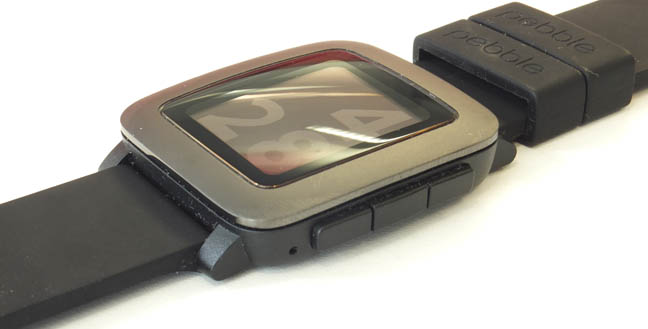 That hole in the bottom corner is where the microphone resides

Poor design decisions have compromised the promise of the Pebble Time. Some of the issues created will undoubtedly be alleviated by firmware updates, such as the font, and a better choice of colours to enhance the often-dim display, larger fonts and (hopefully) a no-animation or low-graphics Timeline UI. Others will be harder to fix, such as the dust gathering gap.

Indeed, the Time Steel looks a better bet, and is only $49 more. It should be available next month. ®