Blessed are the cheesemakers, for they have defined the smidge

We're obliged to Reg reader Stephen Gunnell for providing a possible answer to the pressing question of how much exactly is a "smidge".

To recap, this diminutive measure is a favoured unit in our post-pub nosh neckfiller recipes, as in "a smidge of furikake seasoning" – although we've never defined it scientifically.

This oversight prompted one Alister to demand clarification, and indeed just how the smidge measures up to the "pinch" and the "gnat's".

Well, Stephen got in touch to let us known that, rather improbably, Australian cheesemakers have a handle on this, as this delightful set of mini measuring spoons demonstrates: 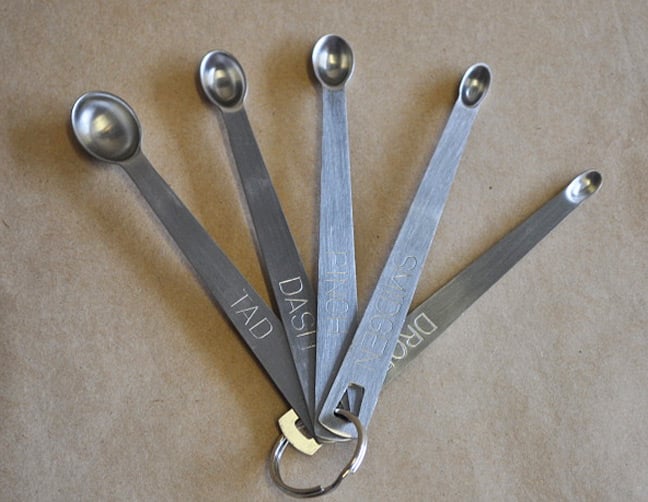 Blessed indeed are the cheesemakers, for while they may not actually inherit the earth, they have at least provided enlightenment in dark and confusing culinary times, as follows:

Of course, we still have to consider how to translate 0.15625ml to a dry measure of furikake, but praise be that we have a precise starting point from which to proceed. Amen. ®