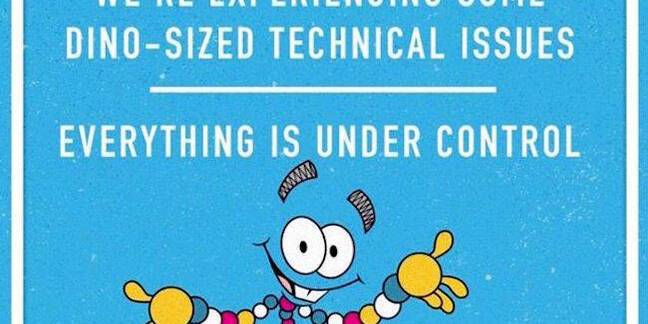 Universal Pictures France appears to have tracked down one source of pirated copies of dino-flick Jurassic World: the loopback address of one of its own boxen.

In a Digital Millennium Copyright Act (DMCA) notice obtained by Chilling Effects, an entity called TMG on behalf of Universal's French limb demanded that Google remove from its search results links to www.1divx.info, forum.wawa-mania.ec and www.zone-telechargement.com in order to prevent access to allegedly purloined copies of the disaster flick.

While at first glance there are plenty of wholesome chuckles to be had at the prospect of Universal France thinking it pirates its own properties, chances are the IP address was turned up by an automated scanner as content owners are known to use such tools to ease the task of finding unauthorized copies of their properties.

If Universal's scanners are so unsubtle as to finger its own networks as the source of pirated flicks, what other errors might they have made? And what consequences have those errors created? ®