Going for a song

My first priority is music, and I’ve been using iTunes, often through gritted teeth, for a long time now. I can cope with the store I never use, the phone functionality, even the stupid Genius feature has an off button, but it's the search function that really gets on my tits. Why do I have to re-enter the criteria when switching from albums to songs? This forgetfulness suggests iTunes is showing signs of premature senility. 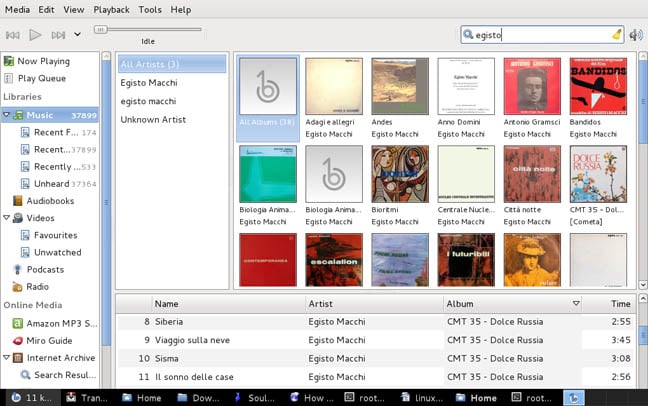 For music playback, the best alternative on Kali is Banshee, and while no world beater, it does a good job of importing my iTunes library and includes support for Apple outcasts such as FLAC.

When it came to my book review work, the major problem I had foreseen was the lack of Adobe Digital Editions for Linux. However, I was able to install version 1.7 by running WINE, an open source compatibility layer that enables applications designed for Microsoft Windows to run on Unix-like operating systems.

ADE 1.7 has coped fine with all of the formats I have thrown at it so far and it feeds my Kobo ereader all that it requires. However, .epub3 isn't supported, but I have yet to receive a book in that format.

The usual bunch of suspect apps work a treat: VLC, Transmission, OpenOffice, Soulseek. My somewhat pricey €130 panic investment in a five-year-old laptop is starting to feel a bit more worth it.

One unsolved dilemma: DJ software. My friend is having a party next Friday and I was hoping to do a little set. The best software is Mixxx, but m4a support is a bitch and most of my collection is Apple Lossless. I have to recompile from source, change my ‘scons’, which I am told is a software construction tool, but I'm sure that it's not as good as the code my grandma used to bake.

Linux involves a lot of trial and error and patience that I only occasionally possess, the weather is so nice and I have a week to exhaust all the possibilities. I haven't even tried cracking the local Wi-Fi networks, well apart from the dinosaur with WEP over the road, just to check everything functions.

My incessant fiddling eventually caused my Wi-Fi adapter to disable its monitor mode functionality. So your wannabe hacker has hacked himself hackless. We were all n00bs once, right? A reinstall is on the cards, though I'm in no great hurry.

Overall, my first non-virtual experience with Kali Linux has been a pleasure. Though if I have to make another record, I'll be breaking my iMac out of storage and shipping it over. 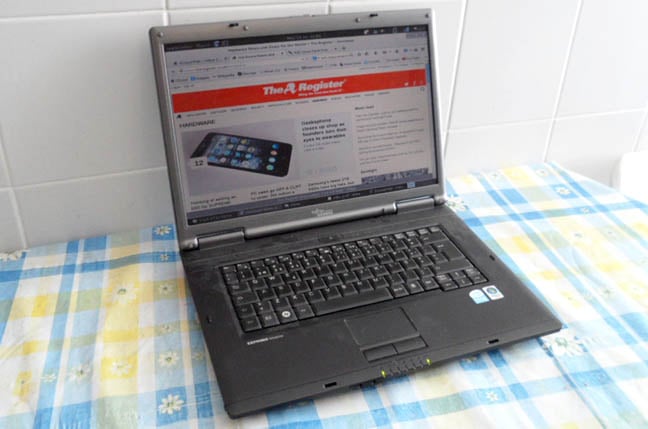 Bought out of necessity, a dodgy performer under Windows, yet revived by an OS transplant

Lean and nimble, Kali is fascinating below the surface, it can see and do stuff with Wi-Fi traffic, in particular, that other OSs can't or won't. It is an education and a challenge, and much as I miss totalling my iMac with developer previews, I can't say I'm pining too much.

On the whole, the Apple experience suits me, but it is a little like living in a gated community, far more exhilarating sometimes to mix it up on the streets, without an iWipe or a safety net. ®