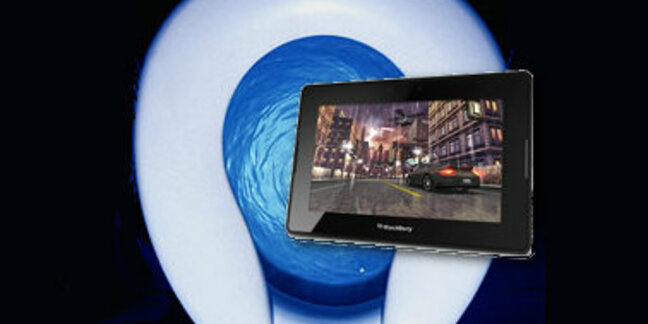 The free fall descent of the tablet distribution market accelerated for the second quarter of 2015, with channel fondleslab sales plunging by 22 per cent to 2.3 million across Western Europe.

Sales in the UK nosedived by 31 per cent to 410,100 units, according to the quarterly research on distribution sales compiled by analyst firm Context.

The fall was mainly due to an already saturated market. Consumers in Blighty have the least appetite for new fondleslabs having snapped up a load of low-end Android devices, said Marie-Christine Pygott, senior analyst at Context.

"I don't know when we'll see the market level out, but we're probably not going to see the same rate of decline in the next quarter," she said.

Distributors were unable to take comfort in the number of desktop PCs shifted during the three months either, with growth falling. PC unit sales dropped 1.4 per cent to 4.77 million units across Western Europe.

However, UK resellers had more reason to be more upbeat, with sales increasing by 19.8 per cent to 955,000 units for the period.

This was due to Blighty being sheltered from the eurozone currency headwinds and consumers still having an appetite for cheap Windows with Bing notebooks.

Pygott said the fall in the PC market was to be expected, as last year it enjoyed three consecutive quarters of 20 per cent growth, a pattern that could not continue indefinitely.

This was driven by businesses migrating from Windows XP last year, followed by an uplift in the consumer market.

Another issue for distributors has been the build up of inventory, which resellers are now desperately seeking to shift by offering a number of discounts, she said.

"Distributors will be looking to clear Windows 8 PCs in time for the fourth quarter [and Christmas]. Hopefully the channel will be clean again by then," Pygott added.

"If they have loads of Windows 8 stock they will find a few consumers opting for the cheap Windows 8 options and then upgrading for free." ®