Boffins from Duke University reckon they've cracked one of the problems that holds back optical computing, with a tiny and very low-powered high-speed-switchable light source.

Silicon photonics is making strides to replace copper for communications between chips – both Intel and IBM are on the bandwagon.

However, within the confines of a chip, lasers are too power-hungry, and that's where Duke's work comes in.

The university explains that boffins from the Pratt School of Engineering have made quantum dot light sources switchable at 90 GHz.

The researchers shone a laser on the surface of a 75-nm silver cube, making its free electrons oscillate, and it's that oscillation that emits light. 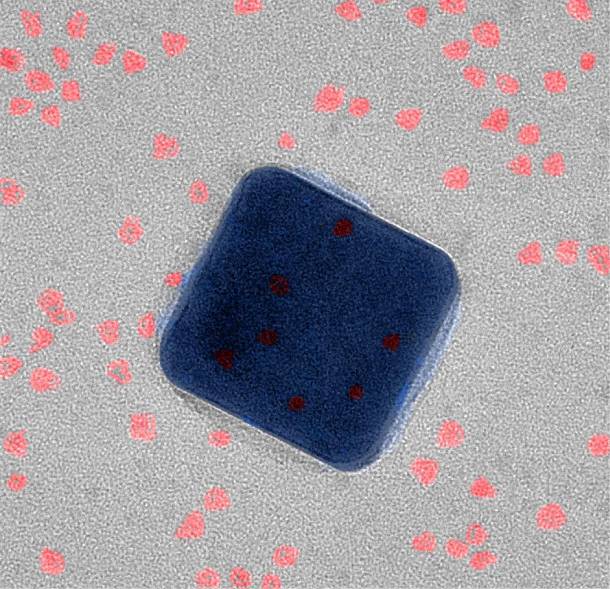 The university's release continues: “The plasmon creates an intense electromagnetic field between the silver nanocube and a thin sheet of gold placed a mere 20 atoms away. This field interacts with quantum dots—spheres of semiconducting material just six nanometers wide—that are sandwiched in between the nanocube and the gold.

“The quantum dots, in turn, produce a directional, efficient emission of photons that can be turned on and off at more than 90 gigahertz.”

The light source is also "tunable" by adjusting the size of the “nanopatch antenna”, allowing it to work from visible wavelengths to the near infrared.

As well as producing a high-switching-rate light source, the researchers hope their work can be refined to produce single photons, which would also open up applications in quantum communications.

They would also like to use electricity rather than light to excite the nanocube, since this would make it easier to integrate the light source on existing electronics.

Their work is published in Nature Communications, abstract here. ®