Antique Code Show The last couple of months have seen the release of MotoGP and F1 2015. Just round the corner is the new Xbox exclusive Forza 6, so there are plenty of driving games around if you feel the need for speed. 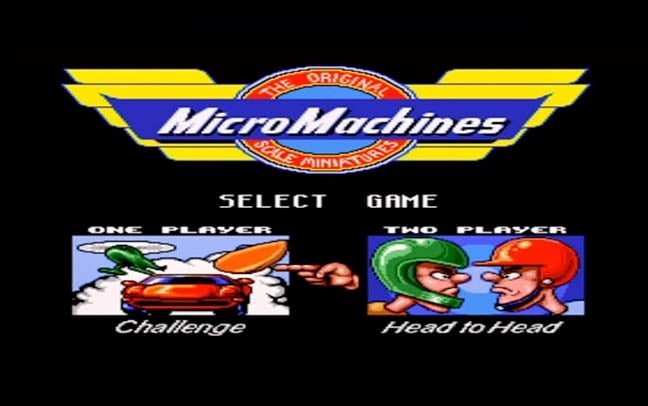 Beat the machine or challenge a mate

My driving skills were honed in simpler times on the Codemasters cult classic Micro Machines, a unique, top down arcade-style racing game that first appeared in 1991. It's often overlooked for having little depth but I always found it diverting for a quick gaming fix and insanely addictive.

In real life Micro Machines were like midget Match Box racers and Hot Wheels cars; definitely NSFK (not safe for kids) as they were small enough to swallow whole, yet popular enough to give birth to a video game franchise.

Micro Machines features 24 courses over eight different types of scenery through which I race suitable micro vehicles as one of the game's eleven drivers. There’s a set of bonus races too, which I get to play every time I win three races, where I can pick up some extra lives. 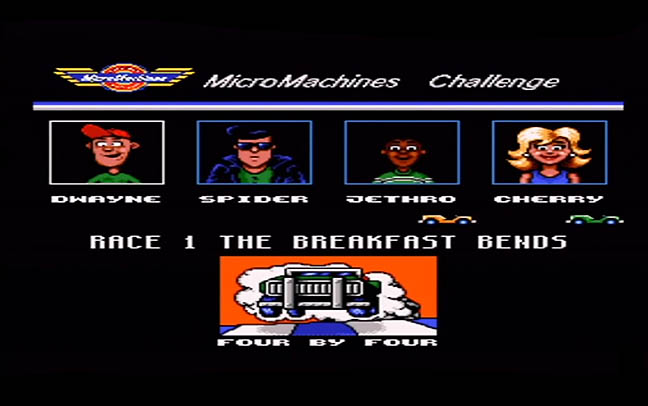 But it’s not this roster of rejects that makes the game so enjoyable. It’s the eclectic assortment of machines and environments on offer that spices things up. In what other game can you drive a Jeep on a breakfast table while avoiding waffles on a track made of Cheerios?

The best vehicle, in my opinion, was the Tank that allowed me to fire straight ahead, taking out other Micro Machines in a puff of smoke. A close second was the Warrior, which is a car with spikes on the front. Who wouldn’t enjoy a Mad Max Micro Machine?

I can race in four different ways in total. Two of those are against the CPU: one-player challenge mode, where I take on three AI players at a time, gradually eliminating them and choosing new opponents as I go on until I’m the only one left; and one-player head-to-head mode, where I race against a single computer opponent. 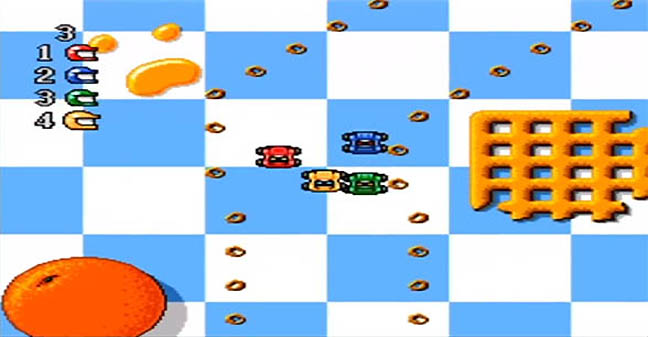 There’s also two-player head-to-head or tournament modes, which is basically the same except one takes place on a set sequence of courses and the other lets me do single races on the course of my choice.