Knocked down, now up again, you just can't keep it down 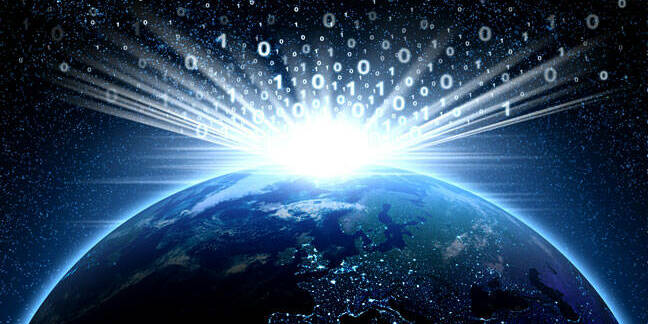 A satellite launched by the US military has gone rogue and is causing interference to radio hams across Europe.

The US Navy’s PCSat NO-44, which is only supposed to transmit over the US, is now drowning out European amateurs and the USN doesn’t know what to do about it.

Former head of information security at BT and keen radio ham John Regnault got in touch with The Register to explain the problem.

Licensed as an amateur satellite in the Amateur Satellite Service, PCSat was launched 30 September 2001 from the Kodiak Launch Complex on Kodiak Island, Alaska aboard Athena I.

It was designed to be a worldwide position, status reporting and message communications satellite for remote travellers. The satellite is on a tight polar orbit and passes over Europe every hour or so.

It uses the APRS (Automatic Position Reporting System) protocol to permit hundreds of users per pass to access the satellite. To demonstrate this concept, PCSat augments the existing worldwide terrestrial amateur radio APRS tracking system by providing links from the 90 per cent of the Earth's surface not covered by the terrestrial network, so when it passes over it drowns out other users of the frequency.

The spectrum it interferes with is around 150MHz, and generally used by radio amateurs for meteor scatter, sending short text messages over distances of up to 2,000km by bouncing them off the ionisation caused when a meteorite breaks up in the atmosphere. The last thing a radio ham wants is to wait for a meteor shower to send a message and then have it drowned out by a passing satellite.

Now redundant, PCSat NO-44 should be dead, but isn't. This is because it is designed to use more power than it has on board – a negative power budget – and then reboot when its solar cells generate enough power to wake it up. Robert Bruninga of the US Naval Academy, posted to a Usenet group to explain the problem:

PCSAT (now 14 years old) had a backup fail-safe beacon on 144.39 [MHz] that would activate after any unknown spacecraft reset to give us a backup comm link in case the primary 145.825 channel died.

Being on the North American APRS frequency with hundreds of IGates there would always be at least one that would hear this "emergency call home" from PCSAT even though the channel is generally saturated. And it worked.

The problem is, that now PCSAT resets on every orbit due to negative power budget and so, on every orbit that beacon comes back on. Even if we did get a command up to reset it, that setting would last only 15 minutes to the next eclipse.

We learned our lesson! That was our FIRST amateur satellite and we sure learned NOT to use a "connected-packet-command link" that needs ACKS and Retries and logon passwords just to LOGON before you can even send a SHUTUP command.

All our satellites since operate without the multiple Send, Connect, ACK, retry, ACK, Command, ACK overhead ... just to get one command understood. Now, only the receiver on the spacecraft has to be functional to command it to silence in a single packet. But too late for PCSAT.

We are sorry that we have no good answers. But we hope we can mitigate this instance of "friendly fire" collateral damage so that we don't cause an overall black-eye to amateur radio overall friendly operations?

An extra-terrestrial radio source is outside Ofcom’s jurisdiction, but the US Navy may be in breach of International Telecommunications Union regulations, which stipulate that radio transmitters remain under control.

In time, the solar cells will stop holding enough charge, and the orbit of NO-44 will decay, with the satellite burning up, but this is many years, perhaps decades away. Until then, the frequency remains very difficult to use.

Any option to fix the problem would be pretty over the top. The US Air Force could send up its X-37B space plane or they could ask the Chinese to deploy a satellite killer. Indeed, El Reg could even send a Playmonaut up to fix it. ®