The Q7: Audi’s big SUV goes from tosspot to tip-top

New high-end motor just better than the old. At everything

Vulture at the Wheel Too large, too ugly, too late. Luckily (for El Reg’s relationship with Audi) that’s my opinion of the outgoing Q7. Why anyone coughed up good money for a Q7 when for less you could have pretty much the same thing with a VW Touareg badge on the back was beyond me. 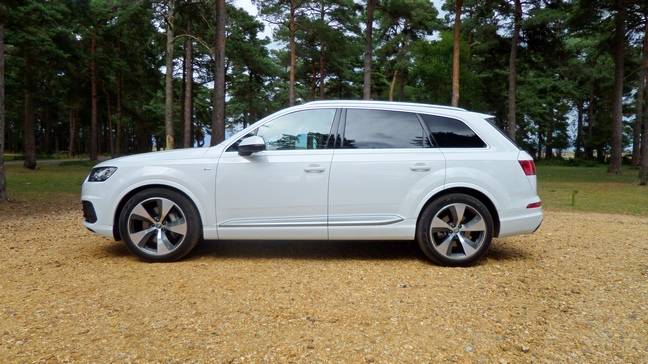 It didn’t help that the Q7 rocked up four years after the VW incarnation. Audi shifted over half a million Mark 1 Q7s but I've never understood how or why. Thankfully, the new Q7 is so much better it’s like comparing whipped cream to seagull guano.

The main theme of the Audi press launch was weight, or rather the lack of it. The new Q7 is 240kg lighter than it’s predecessor, or 12 per cent to put it another way.

Actually, that’s for the five-seat version. Buy the model with the electronically activated extra two seats in the back and you’ll be driving a car 325kg lighter than the equivalent original model. What the hell were the back seats in the Mk. 1 car made of? Recycled bits of the Forth Bridge? 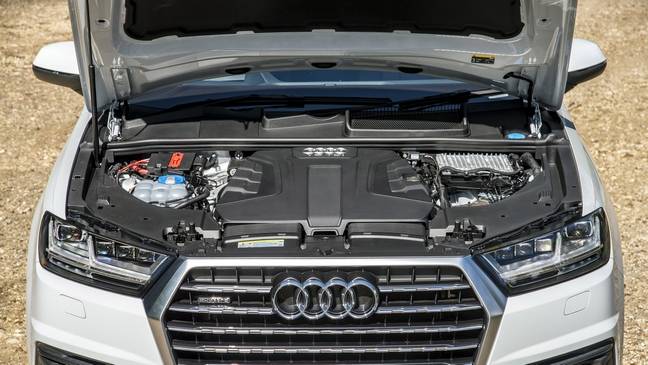 The new Q7 isn’t just faster in a straight line, it’s also much more engaging to drive. Thanks to new five-link axles front and rear even the basic model is surprisingly agile, but opt for the all-wheel steering system and you can hustle it down twisty roads in a manner impossible in the previous model unless you like being seasick.

The AWS system also has a trick up its sleeve. At higher speeds the rear wheels turn in the same direction as the front but at low speeds they turn in the opposite way. That gives the new Q7 a tighter turning circle than an A4.

For what’s still a large vehicle (it’s 505.2cm long compared with the outgoing model’s 508.9) its low-speed maneuverability is extremely impressive. Since the natural habitat of the Q7 seems to be the Waitrose car park, this is undoubtedly a very good thing. 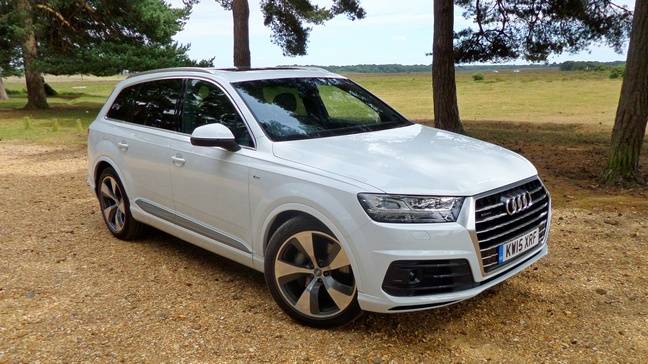 Optional all-wheel steering gives Q7 a smaller turning circle than A4. Helps the handling at high speed too

Much of the class-leading dynamics are down to the Q7 sitting on a new platform, the Volkswagen Group MLB-Evo platform. Not only is the platform new, but the Q7 is the first model to use it. That’s the real step forward from the old Q7 which sat on a platform pretty long in the tooth before the first Q7 ever rolled out of the factory in Bratislava.