Geez, you would think they had never seen a heroin-dropping quadcopter before 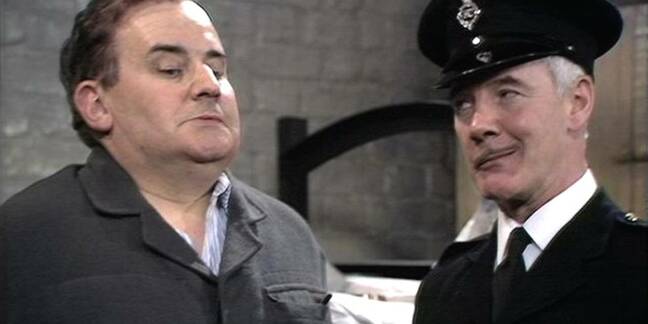 An exercise-yard fight at an Ohio prison is being blamed on a drone's failed drug-smuggling attempt.

Guards at the Mansfield Correctional Institution had to break up a fight in the prison's north recreation yard when nine inmates began fighting over the contents of a package that had been dropped by a drone flying over the yard.

According to the Mansfield News Journal on Tuesday, the contents of the package included 144.5 grams of tobacco, 65.4 grams of marijuana, and 6.6 grams of heroin.

Prison authorities reported that the fight occurred late last week when the drone dropped a package intended for an inmate into the North recreation yard. After the fight broke out, the package was tossed into the South yard, where it was eventually picked up by guards. The pilot of the drone was not identified.

The drop was apparently an attempt to sneak contraband into the prison. The News Journal notes that smuggling packages through fences at the men's prison has become more difficult since a 2014 rule tightened up patrols along the prison's borders.

Mansfield Correctional Institution sits roughly 70 miles outside of Cleveland and houses 2,708 inmates, 2,273 of which are held in "close security" conditions, one level below maximum security.

It has been a rough couple of weeks for drones in the US. Last week, a Kentucky man used his shotgun to bring down a low-flying drone and earned himself criminal endangerment charges.

The use of drones to smuggle drugs into prisons probably wasn't the sort of thing the FAA had in mind earlier this year when it launched the "know before you fly" campaign geared at educating amateur pilots on aviation laws.

Aside from being forbidden from carrying boxes of cigarettes, marijuana, and heroin into medium-security correctional facilities, drones aren't allowed to fly higher than 400 feet from the ground, must remain within the pilot's sight at all times, and cannot fly anywhere near airports or large sporting events. ®