Stealthy startup Radian Memory System's Symphonic software replaces an SSD's Flash Translation Layer software to accelerate performance up to 80 per cent and extend endurance. It's selling its own RMS-250 SSDs with this software for data centre use

Radian thinks FTLs don't make the best use of SSDs and states "Hyperscale data centres and academia have recently confirmed that removing the SSD Flash-Translation-Layer (FTL) ... can provide dramatic improvements in performance and cost metrics".

It talks about its technology as producing software-defined flash, in a fine example of marketing buzzword bandwagon jumping.

We learned a little about Radian in June and now it's opened the curtains a little on its Symphonic Cooperative Flash Management (CFM) software which involves embedded SSD firmware and host-resident libraries.

The claimed benefits are, when compared to FTL-using SSDs:

How does it do this and still accomplish what the FTL does, making a block-device look like a disk-based one? That's its secret Symphonic sauce and we might as well think of it as a better FTL. 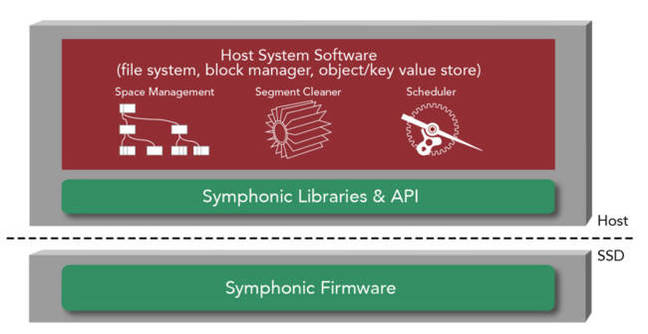 We are told CFD "turns the SSD into an offload accelerator engine to perform garbage collection functions co-operatively under intelligent host control, enabling linear scalability of SSDs while minimising consumption of host resources".

The 2.5-inch format RMS-250 stores up to 2TB of data in 19nm eMLC flash, and has an NVMe PCIe Gen x4 interface. It comes with the embedded CFM software and host libraries. It has:

That's all we know so far. 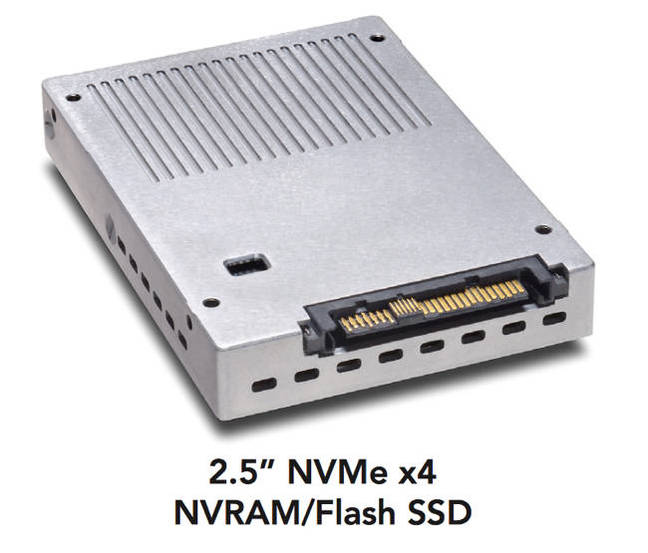 * 66 per cent Read/33 per cent Write test mix with QoS defined as total read and write latency for 99.0 per cent of operations: