Keep up, boyos! 20k Win XP PCs still in use by NHS in Wales 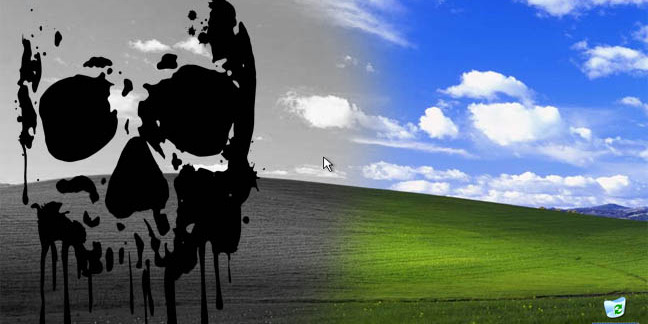 The list of public sector departments still stuck on Windows XP keeps on swelling with confirmation that almost 20,000 computers in the Welsh health service are running on the near 14-year old operating system.

As we revealed, the framework support agreement negotiated between the Crown and Microsoft at a cost of £5.584m came to an end in April, some twelve months after it was first struck.

The departments and agencies on the list included the Met Police, HMRC, and NHS Scotland – but answers to questions asked by Plaid Cymru have revealed 19,282 XP-based PCs remain in use across the NHS in Wales.

Elin Jones, Shadow Health Minister for the Welsh social democratic party, said the figures showed a “troubling lack of regard for security”.

“Although the health boards have policies in place for upgrading their computers, the figures show in many health boards the security issues caused by continued use of Windows XP have simply not been taken seriously,” she said.

Plaid Cymru said the figures “reflects the wider lethargy in utilising modern technology and telemedicine” that it reckons “often” stops patients from getting treatment without needing to visit specialist centres.

Jones said some health boards had made progress in upgrading systems “so I want to know why others are not learning from their approach”.

We asked Microsoft for comment but it has yet to awake the marketing people from their Friday afternoon naps.

The company told us in May, “it is down to individual customers to evaluate estates and risk profile, the best option is to upgrade to a modern operating systems such as Windows 8.1 ensuring delivery of relevant security patches and updates.”

Health In Wales – which covers seven health boards and three NHS Trusts – said in response to The Channel's emailed questions:

“Your question has been received by the Welsh Government First Point of Contact Centre. You can expect to receive a response within 15 working days.”

The response did not have a footer stating the message was Sent From My Windows XP PC, and the telephone number provided did not work.

Microsoft has contacted us to say:

"It is very important that customers and partners migrate to a modern operating system. Customers should contact their Microsoft representative or partner." ®