Deep Silver introduced its take on Homefront for the first time at Gamescom. Homefront: The Revolution being the sequel to the lacklustre Homefront, a game with an interesting tale to tell – as the US fell to North Korea – that failed due to its generic shooting. 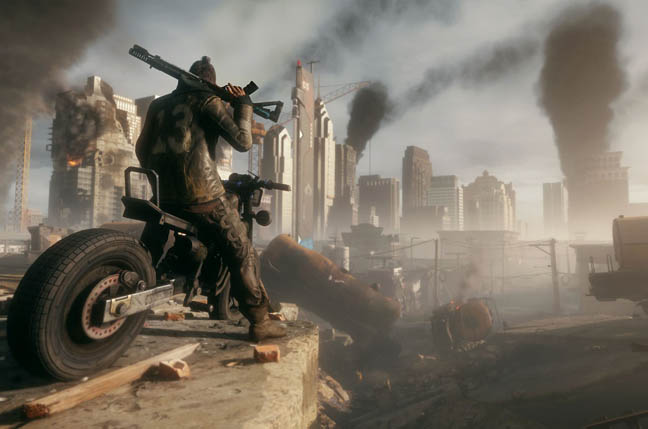 First published by the now defunct THQ, the rights to the franchise have since passed to Deep Silver via Crytek, with Revolution picking up the CryEngine and a few surprises along the way. The free-roaming vehicle sections shown were reminiscent of Half-Life 2, while the game's open-world, first-person approach looks like it might just work.

I imagine that when Rob Gilbert was working on Maniac Mansion and The Secret of Monkey Island back in the day, he would never have suspected that he'd be presenting a nigh-on identical point-and-click adventure some 28 years later. Thimbleweed Park is that game, a pixel art title that seems to be loosely inspired by Twin Peaks, from what could be gleaned from its short trailer.

ThimbleTrailer 2 from Ron Gilbert on Vimeo.

LucasArts fans will only need to know that the trailer ended with a character trying to "use" a balloon animal with a dead body (though they didn't show if this unlikely combo ended with him uttering the classic line: "I don't think those things go together").

Much was made just twelve short months ago when Microsoft took to the Gamescom stage to announce that the next Tomb Raider would be an Xbox One timed exclusive. Sure enough, Xbox owners will indeed get to play Rise of the Tomb Raider this year, way before PS4 owners, but is such a formulaic-looking stealth-shooter really worth all this fuss? 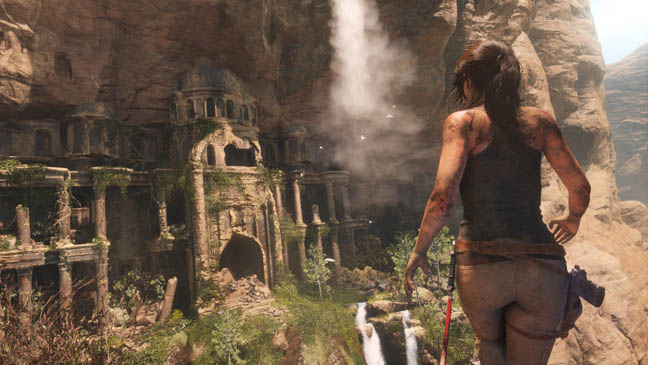 A Lara fun? Rise of the Tomb Raider

From the footage shown you could have plucked Lara out of the game and replaced her with Uncharted’s Nathan Drake, The Last of Us' Joel or any of Assassin Creed's assassins, so close was the gameplay to all of the above.

Guards were sneaked up on, glass bottles were lobbed as a means to distract and matchsticks were used to keep my eyelids open. The fault wasn’t with Lara alone either: Quantum Break, Remedy’s time-travelling, cover-based shooter, looked similarly insipid. ®