No one's taking Oculus seriously for a while

Pics Oculus boss Palmer Luckey became the butt of countless jokes Thursday when a cringeworthy photo of him showed up on the cover of Time magazine.

The Oculus Rift inventor was chosen to be the subject of the news magazine's cover story on virtual reality headsets. The article, titled 'Why Virtual Reality Is About to Change the World,' profiles the 22-year-old Luckey and the company he started.

Unfortunately for Luckey, the image picked to run with that story is decidedly unflattering. The Oculus boss is shown wearing the flagship Rift headset and jumping in the air in front of an image of a beach. 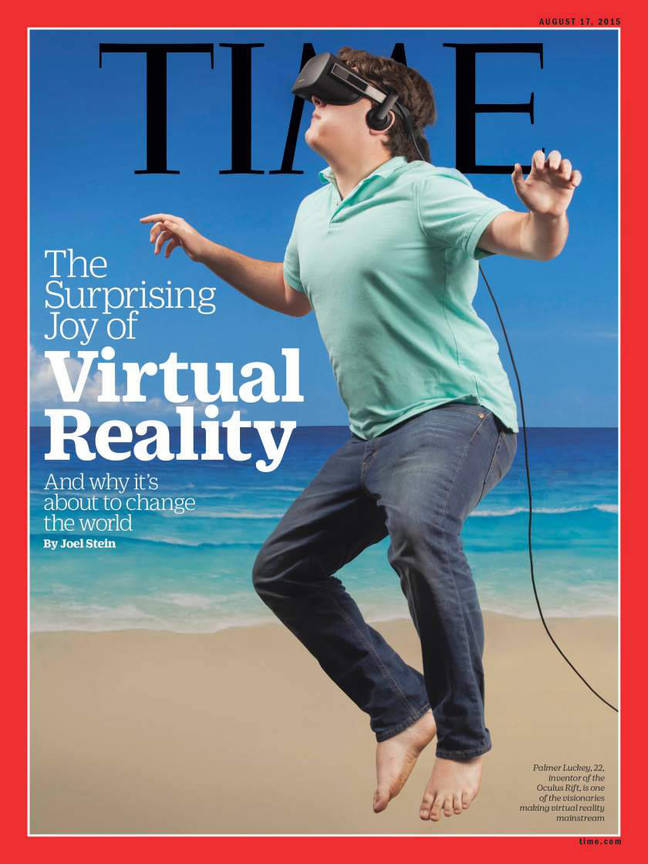 As you might expect, people on the internet found the image to be slightly amusing and offered some of their own takes on the instant meme.

Seems unlikely this #Time Palmer Luckey photoshop is going to be supplanted form the throne: pic.twitter.com/AZYlU3qYMK

Hey guys I'm pretty sure I found Palmer Luckey's new book that @time magazine #VR cover is based on: pic.twitter.com/IJ8V438jr1

Neither Luckey, Oculus, or CTO John Carmack had any comment to offer on Twitter. Least you feel too bad for Luckey, remember the lad is a 22-year-old billionaire who hangs out with Mark Zuckerberg. ®