A bunch of boffins has completed the first-ever revision of the world's most important sunspot data repository, along the way challenging the theory that climate change is substantially attributable to the prevalence of sunspots.

It turns out, in fact, that the pro-sunspots argument relies on a statistical artefact introduced in 1947 and not corrected until this year.

While the change officially took place in July, rendering obsolete the data that climate deniers use to “prove” that it's sunspots driving global warming rather than CO2, it came to prominence at the end of last week in a presentation to the International Astronomical Union's current general assembly in Hawaii.

The most important correction to come out of the new data, the Sunspot Index and Long-term Solar Observations (SILSO) project says, is “a lowering by about 18% of all numbers after 1947, to remove the bias produced by a new counting method started in 1947 in Zürich”.

As SILSO explains, the sunspot data set (which, courtesy of Galileo (the man, not the spacecraft), stretches back 400 years) was first collected into an index by Rudolph Wolf in 1849. Startlingly, SILSO says, “this series was left unchanged since its creation … without any backward verification”.

The Wolf index counts individual sunspots; a second index was created in the 1990s, the Group Sunspot Number, and a conundrum emerged, with “the two parallel series showed strong differences hinting at strong inhomogeneities in either series or both”. 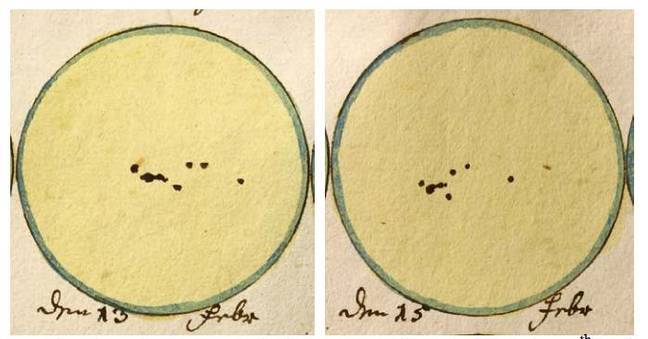 In a project begun in 2011, 40 boffins of various kinds started a project to review the historical data (a 2014 paper describing the review process is at Arxiv, here).

The adoption of the new Sunspot Number doesn't change our understanding of the Maunder Minimum, the low sunspot activity period between 1645 and 1715 that coincided with the “Little Ice Age”.

However, the recalibration does overturn a previous consensus that the data set showed a 300-year upward trend in sunspot activity, culminating in a “grand maximum” in the 20th century.

As Physicsworld says, the dataset “nullifies the claim that there has been a modern grand maximum”.

In fact, the belief that there's been an upward trend was “a major calibration error” in the data, making it “difficult to explain the observed changes in the climate that started in the 18th century and extended through the industrial revolution to the 20th century as being significantly influenced by natural solar trends”.

As it happens, the authors of the review say it was always problematic to use the sunspot number as a single authoritative source. It needed to be handled with care, as they note in the review paper:

“However, when considering the accuracy of the SN, the fact that this index is distributed as a single time series is misleading, as most users assume that the statistical properties of the series are constant with time.” ®