Monster Scalextric Formula 1 circuit to go under the hammer

A rather impressive Scalextric track designed by F1 commentator and former driver Martin Brundle, featuring "the best corners, chicanes and sections" from 2015 Formula 1 circuits will go under the hammer later this month in aid of the BBC's Children in Need.

Suffice it to say, the winning bidder will need an extremely large basement or shed to accommodate the beast, which features a total of 177 track segments, running to a lap length of 45 metres. 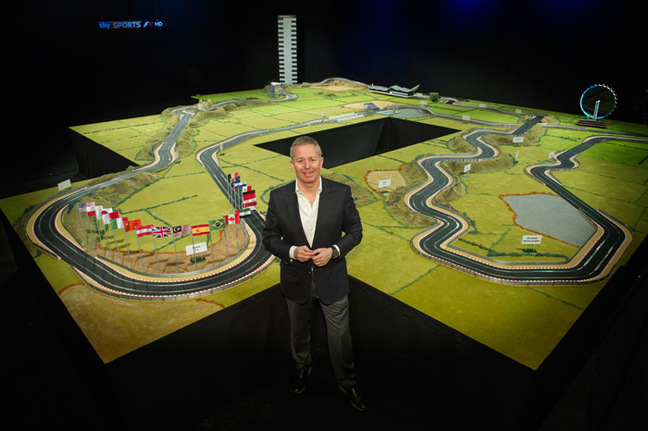 'It's going to get competitive'. Brundle poses with his creation. Pic: Classic Car Auctions

Hornby Hobbies donated the track to the cause, which goes up for auction with no reserve at the CarFest South Classic Car Auction, at Laverstoke Park Farm in Hampshire, over the weekend of 28-29 August.

Brundle, a former Formula 1 driver and winner of the 1990 Le Mans 24-hour race, said of his creation: "I immediately wanted a figure of ‘8’ like our beloved Suzuka, and could only dream of driving a series of corners such as scaling the mountain up to turn one in Austin before falling through the ‘Senna S’ of Brazil and towards Silverstone’s fearsome Copse corner."

"And that’s just a small section. Now amazingly, we’ve built a model and so I will revert to my childhood for many laps. It’s going to get competitive," he added. ®