Two weeks of Windows 10: Just how is Microsoft doing?

Apart from the upgrade fails, bugs, and missing features, great

It was never going to be easy, and is playing out as expected. Some users want the upgrade but cannot get it; others do not want it but get it anyway, like reader Bob Dole who reports: 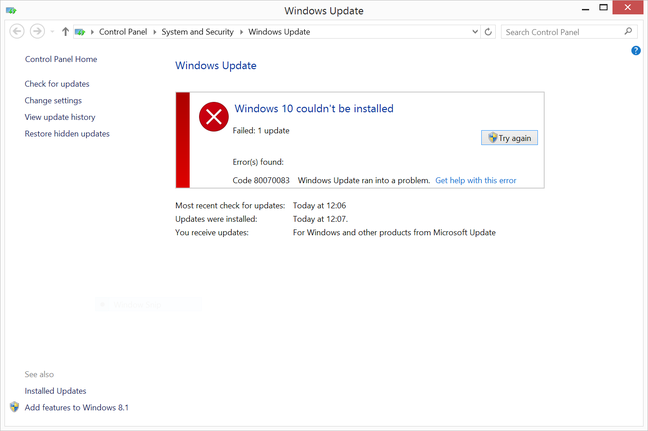 Many upgrades do succeed though, or you can choose a clean install. You can combine a free upgrade with a clean install either by performing the upgrade and then choosing “Reset this PC” from the Recovery applet, or by upgrading and activating first, which registers the PC with Microsoft’s servers, and then re-installing from scratch.

How is Windows 10 once installed? Here are some observations, based on intensive personal use as well as reports from others.

Presuming you use desktop applications, compatibility is good and you can get your work done. Performance is similar to Windows 7 and 8, though start-up is noticeably quicker.

Windows 10 is usable then; but it is the buggiest new release I can recall. This is not a surprise considering the rushed release schedule, though discovering that the Start menu does not list all your applications is nasty.

The Edge browser can be speedy and will be a big step forward from Internet Explorer, but Microsoft should have marked it as a preview since it is not release-ready. The biggest deal is lack of extension support.

Adobe Flash is supported but not Silverlight, which catches out some of Microsoft’s own sites. Go to the InTune admin site, for example, and you get an invitation to “Get Microsoft Silverlight”.

Another common Edge complaint is that downloads always go to the default download folder; there is no “Save target as”.

There are also bugs in Edge. Import a large list of favorites and the behaviour is unpredictable; sometimes I open a folder and find it populated with random shortcuts from the top level. You cannot sort favorites other than by drag and drop.

The disappearance of the OneDrive “placeholder” feature found in Windows 8, which meant you could see all your OneDrive files without actually downloading them, is another persistent annoyance. 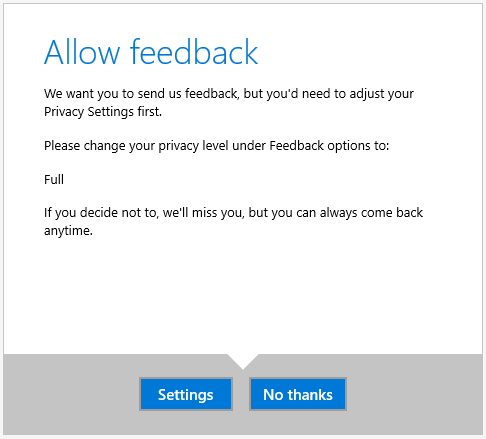 These things will improve, and in theory the “Windows as a service” concept combined with a more open feedback process should deliver the best Windows yet.

That said, feedback is more open but only if you agree to “Full” usage data to be sent to Microsoft. The company says:

“Full data includes all Basic and Enhanced data, and also turns on advanced diagnostic features that collect additional data from your device, such as system files or memory snapshots, which may unintentionally include parts of a document you were working on when a problem occurred.”

No security-conscious business will allow this, so why does Microsoft not want to get feedback from these customers?

Next page: The heart of the matter
Page: