All hail the monster and his tasty aquatic noodly appendages 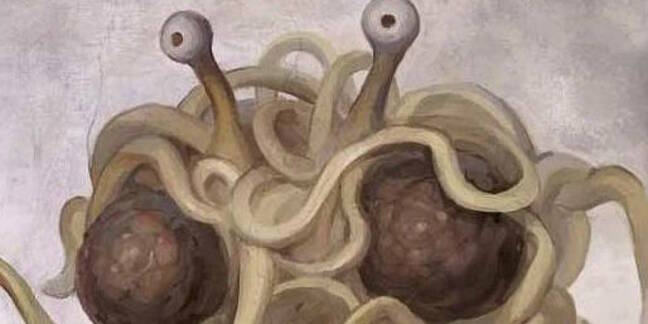 A BP team operating an ROV at an oil well off the coast of Angola has spotted a deep-sea creature with an uncanny resemblance to Pastafarian deity the Flying Spaghetti Monster.

Captured at a depth of 1,325 metres, the beast does indeed appear to sport noodly appendages. Once the footage arrived at the office of Daniel Jones, from the National Oceanography Centre in Southampton, he quickly identified it as a siphonophore.

Siphonophores, New Scientist explains, include creatures such as corals and jellyfish.

Jones is part of the Serpent Project, which "through the generous help of offshore oil and gas companies and their highly skilled ROV teams", explores the "vast, alien landscape" of the ocean's depths. ®

No 'alien' megastructure, but lots of ongoing weirdness

The mysteries of shootings, volcanoes and flying spaghetti monsters