The South Bolton tentacle of Greater Manchester Police has scored itself a bit of net kudos with a Facebook appeal for a "forgetful horticulturist" to come forward and claim 37 "mislaid" marijuana plants. 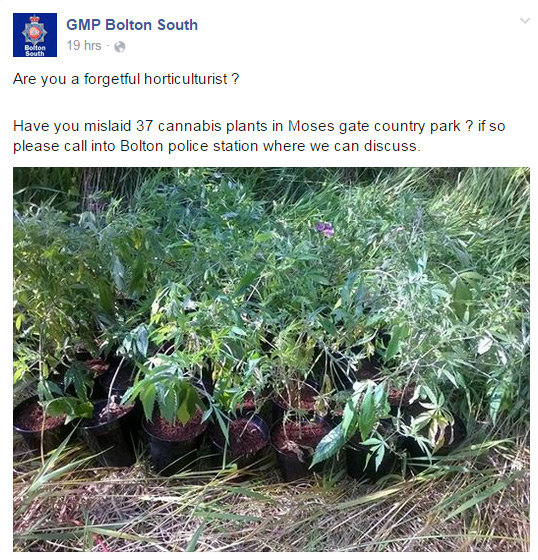 The potted pot plants were dumped in Moses Gate Country Park in the south east of the town, although why is a mystery.

It's likely to remain so, too, since it seems highly unlikely that anyone will take up the force's offer to discuss the matter down at the station. ®

Chocolate Factory insists its practices have been mischaracterized

Brit police's use of facial-recognition tech is lawful, no need to question us, cops' lawyer tells Court of Appeal

Plus: Home Office urges judges to leave lax legal framework as is

Add that to the £790k wasted on Xmas 2018 shutdown investigation

And, oh look, Anonymous returns. Completely forgot all about them