130-million-year-old fossils may be 'mythical' angiosperm

US and European plant boffins have identified what may be the world's first flowering plant, an aquatic species which once grew abundantly in freshwater lakes in what is now Spain.

The fossils "were first discovered more than 100 years ago in the limestone deposits of the Iberian Range in central Spain and in the Montsec Range of the Pyrenees, near the country’s border with France", Indiana Uni explains.

However, they were previously "poorly understood and even misinterpreted", according to Dilcher. 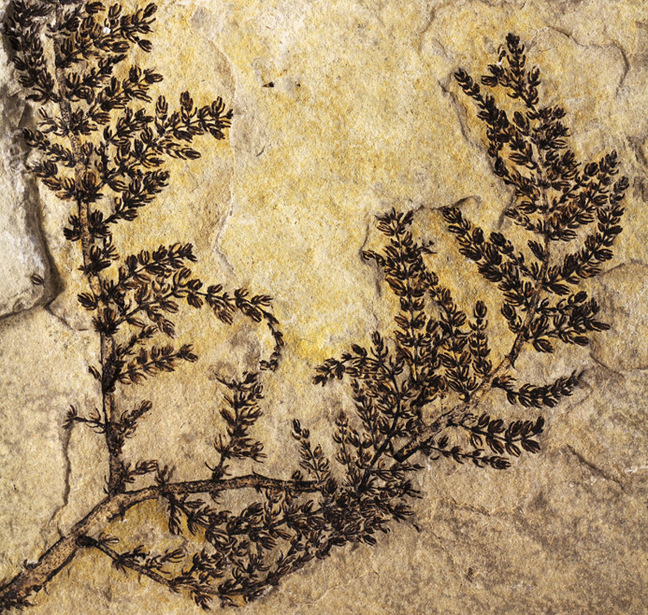 To set the record straight, Dilcher and his colleagues "coaxed" stems and leaf structures from the stone using hydrochloric acid, and bleached the plant's cuticles "using a mixture of nitric acid and potassium chlorate".

Subsequent microscopic analysis revealed Montsechia vidalii was indeed an angiosperm, "contemporaneous, if not more ancient" than Archaefructus sinensis, another aquatic contender for the oldest flowering plant title, discovered in China.

Dilcher explained that Montsechia vidalii (in common with Archaefructus sinensis) "possesses no obvious 'flower parts', such as petals or nectar-producing structures for attracting insects, and lives out its entire life cycle under water". 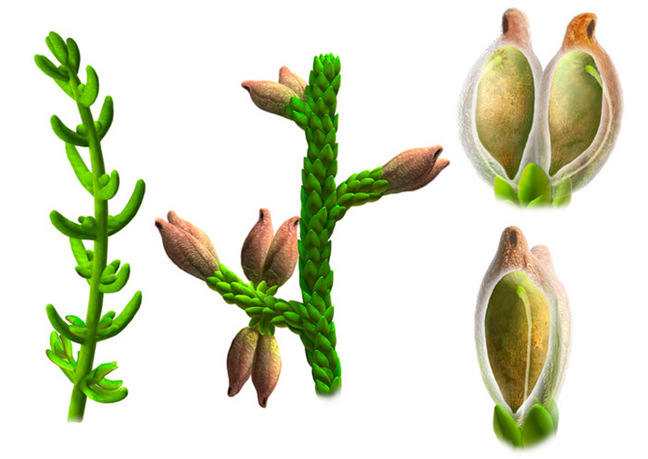 Illustrations by Oscar Sanisidro "based on fossilized remains show long- and short-leaved forms of the plant and a single seed".

However, Indiana Uni notes that "the fruit contains a single seed – the defining characteristic of an angiosperm – which is borne upside down".

While Dilcher admitted that the idea of the 'first flower' is "technically a myth, like the 'first human'", the the new analysis of Montsechia vidalii is pushing back the angiosperm timeline.

Next up for the paleoboffins is to study the lineage from Montsechia to its modern descendants in the genus Ceratophyllum, and to "delve deeper into when precisely other species of angiosperms branched off from their ancient forefathers."

Dilcher concluded: "There's still much to be discovered about how a few early species of seed-bearing plants eventually gave rise to the enormous, and beautiful, variety of flowers that now populate nearly every environment on Earth."

The team's finding are published in the Proceedings of the National Academy of Sciences. ®