Worthwhile gadgets to close out the summer

Your mobile doesn't have a removable battery? Are you crazy?

To me, the single most important feature on a phone is whether it has a removable battery. It's fair to say I am addicted to technology. When I'm not at my desktop or otherwise preoccupied, there's a good chance I'm glued to my phone; meaning I chew through battery life pretty quickly.

For me, the 2300-3500mAh batteries that are included in the vast majority of devices out there today are simply not enough. There's three solutions to the problem. The first, is simply to use the phone less: make lifestyle changes as my doctor would say.

Second, is to get an external battery pack; a little box with a battery of its own to continue charging your phone while you're out on the go. For devices without removable batteries, this is often your best bet.

Simple, and it works

Finally, you can get a battery case – in the event you have a removable battery, you can get durable rugged cases with three-cell batteries, like the Zerolemon case I have on my Samsung Galaxy Note 3.

If you don't have a removable battery, you can instead get a case that connects itself directly to the charging port on your phone, and acts as a constantly-attached external battery pack always charging the primary battery until the case runs out of juice. These types of cases are not without faults.

MicroUSB is one of the more fragile connectors in common use today. With either an extended battery case or external pack, you're looking at having that port be constantly occupied. This is a liability if you drop your phone in a particularly unfortunate way, or even just flex the cable in your pocket too hard.

This can result in killing your MicroUSB port and making it very hard to charge your phone again. What's more is that it's simply a pain to have your phone constantly tethered to a battery pack, pulling a messy cable out of your pocket every time you want to use the device. External battery cases don't have this problem, but they also can't pack as much energy in the same space. 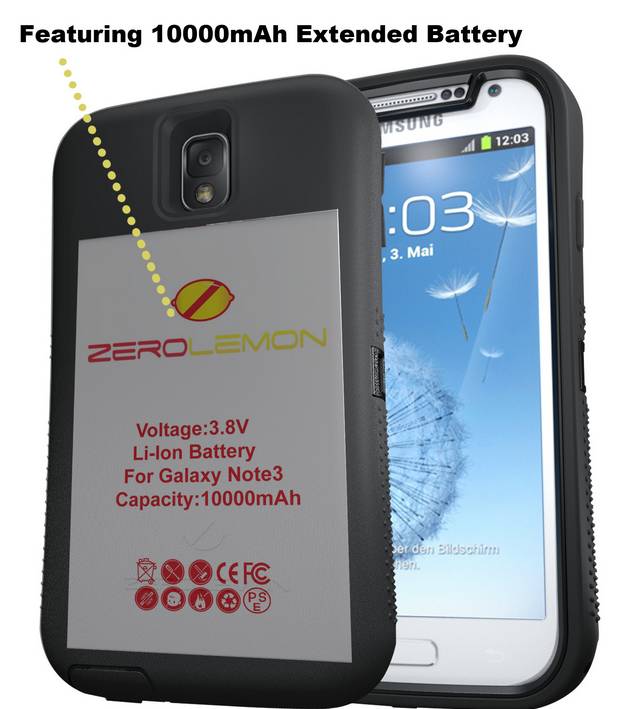 This is why I prefer devices with removable batteries and veto those without in my buying decision. I have man-hands and big pockets, meaning the size of a rugged case is of no bother to me (and the fad of ever-thinning phones baffles me, but that's a story for another day).

The availability of an extended battery case is one of the first things I look for when looking to buy a new device. I've had one on the last three phones I've used, and will continue to do so until the day when I don't have to charge my phone on a daily basis.

Being able to pack 3 Li-Ion battery cells into a case that lets me drop my phone on cement and not have the screen shatter, while having the peace of mind to know that my phone will not die in a single day of use (I've been known to charge my phone once every 2-3 days). It really is the quintessential smartphone upgrade.

Does your phone die before you go to bed every night, or can you get more than a day's use out of the stock battery?