It's all go at the lively centre of the galaxy, XMM-Newton reveals

A new image from the European Space Agency's (ESA) XMM-Newton X-ray 'scope gives a nice view of the wild party at the Milky Way's "tumultuous heart". 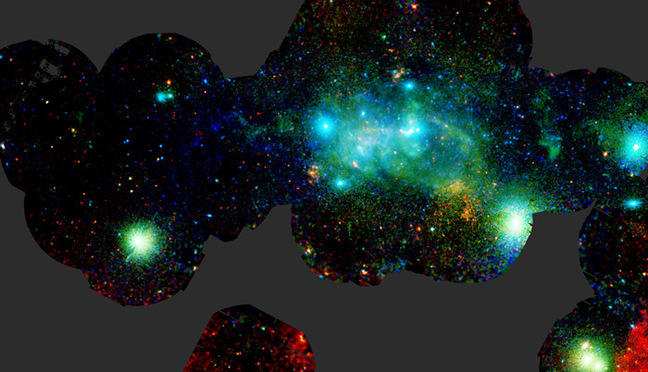 The snap spans around one thousand light-years and was compiled from all XMM-Newton probes of the area, "adding up to about one and a half months of monitoring in total", the ESA explained.

It shows "young stars and stellar clusters, and some of these are visible as white or red sources sprinkled throughout the image".

There are also "bright, point-like sources" – binary stellar systems in which one of the exhausted stars has become a neutron star or black hole. The ESA elaborated: "Because of their high densities, these compact remnants devour mass from their companion star, heating the material up and causing it to shine brightly in X-rays."

Most of the action is occurring at the centre, where diffuse clouds of gas are being carved by powerful winds blown by young stars, as well as by supernovas, the explosive demise of massive stars.

The supermassive black hole sitting at the centre of the Galaxy is also responsible for some of this action. Known as Sagittarius A*, this black hole has a mass a few million times that of our Sun, and it is located within the bright, fuzzy source to the right of the image centre.

Sagittarius A* itself is, naturally, not visible, but as surrounding material is pulled inexorably towards the black hole, it "emits light at many wavelengths, most notably X-rays".

For example, the two "lobes" that can been seen stretching above and below Sagittarius A* may be a result of this process, or alternatively by "the cumulative effect of the numerous stellar winds and supernova explosions that occur in such a dense environment".

If your nerves can stand the excitement, the ESA has more on the lively galactic centre here.

The venerable XMM-Newton, which launched in 1999, is controlled from the European Space Astronomy Centre (ESAC), on the outskirts of Madrid. 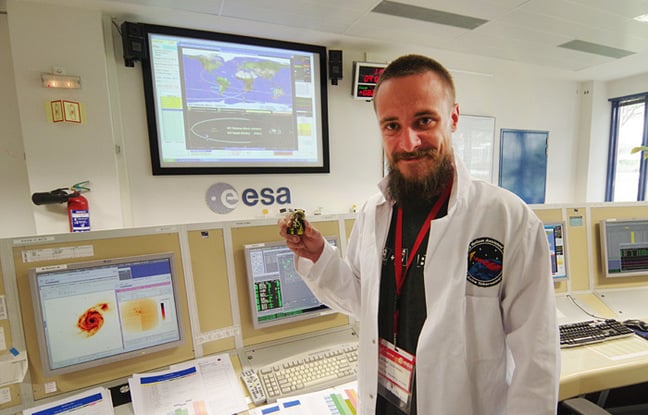 Earlier this year, the Special Projects Bureau popped into the spacecraft's Science Operations Centre during a visit to ESA's Spanish outpost, as you can see above. ®