Lenovo exec: Yes we can get IBM's server biz out of the crapper 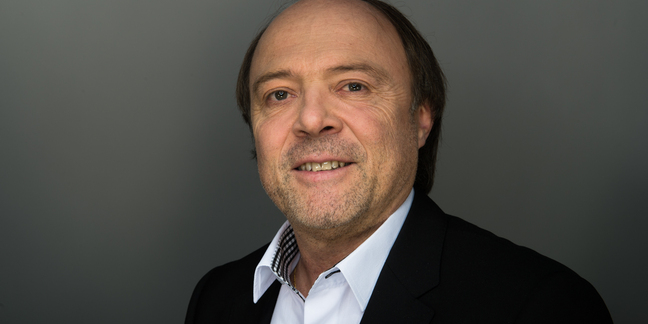 Interview Lenovo Europe president Eric Cador is banking on a major overhaul of its enterprise supply chain – among other things – to help the x86 business it acquired from IBM “recover” lost ground.

In the UK alone, IBM’s revenue share slumped to $31m by Q4 ’14 from $61m in the prior year’s quarter, caused by the uncertainty surrounding the business in a deal that took months to close.

The sale of the System x division was signed off for $2.3bn in January last year but the transfer didn’t happen across the world until October, and was delayed in Europe until the start of 2015.

Cador, who spent nearly three decades in various senior roles at HP, pitched his tent at Lenovo in April and after getting his feet under the table is looking to ring in some changes.

“With a long timeframe between the rumours and the announcement, and then another three months in Europe, you create doubt for channel partners and for customers, you lose share,” he added.

“It is not new. You always lose a little bit, but I think we’ll recover that market share. How long? Best case 12 months. Between 12 and 18 I think we have a shot.”

IBM shipped servers to Europe by air, which partly explains why rivals including HP and Dell gave Big Blue a beating in the price-sensitive volume segment of the market.

For the mid-market products, Lenovo will ship them by sea. “You can do sea shipments and local integration. But to ship enterprise, complex or specialised servers by sea and wait six week? No," Cador explained.

“It works for consumer, partially works for commercial PCs and for [mid-market] servers. We are in the process of adjusting the supply chain,” he said.

Former UK boss Marc Godin moved to a European role to work on the go-to-market plumbing. “It is a pretty complex transformation. I want it to go fast and we needed a leader to understand the supply chain and the front-end,” Cador said.

He refused to talk specifics about the changes taking place: “It is fairly confidential.”

Cador told us the sales force is “scattered all over the place, we need to put them together, restructure them, and give them some clear strategy. We are in the process of doing that”.

“If you wart to manage a best-in-class sales force there are a set of things you need to do – customer mapping, channel partnerships, a sales curriculum and CRM usage,” he said.

This is not a two-minute exercise, Cador pointed out: “I am anything but a genius – I am working on that (the supply chain, that is) and I think it is a good opportunity for us.”

The turnaround process will be “bumpy, I’ll get some some things better than expected, some things worse than expected. It’s not a perfect line, but I think I understand what needs to be done”.

To make life a little harder, the server market is forecast to limp along this year, meaning Lenovo will likely need to take share from rivals, and of course the company is in the process of shedding 3,200 jobs worldwide.

Intel-based systems account for the vast majority of total server shipments – it is a commodity and so vendors need a “scale model” to benefit, said Gartner.

Errol Rasit, managing veep for the data centre and infrastructure management group at the analyst, said: “This is where IBM struggled.” But he reckoned Lenovo – with the scale it has built in PCs – could be a “good fit for the future of the x86 market”. ®