That thing we do in the UK? Should be ILLEGAL in the US, moans ex-State monopoly BT

'Two companies have carved up the country'. Two. Shocking 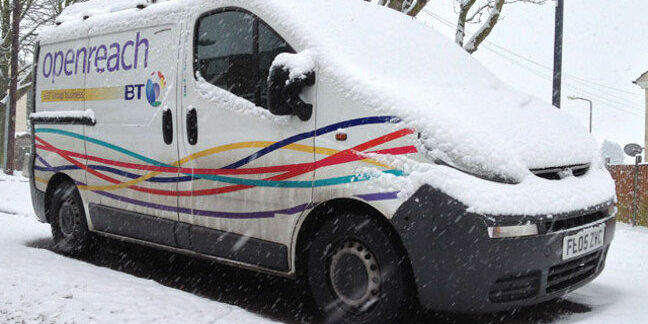 Former state-owned monopoly BT is calling for tough rules to force US telecoms companies to let rivals – such as, err, BT – have access their networks.

The move would emulate the reverse situation in Blighty, where UK rivals are allowed to use BT's broadband network through Openreach.

However, regulators are considering hiving off the Openreach division in order to curb BT's dominance in the UK. The measure is currently being mulled by Ofcom as part of its forthcoming Strategic Review of Digital Communications: the first for a decade.

Speaking to the Financial Times [paywall], the president of BT's American operation, Bas Burger, said BT was being hampered in its efforts to compete in the US due to the hefty fees it has to pay Verizon and AT&T.

He said the absence of regulated prices and contracts was limiting BT’s ability to compete with the US telecoms groups, which also offer networking services to businesses.

“For a western world country it is the worst I’ve seen,” he said. “There is not sufficient regulation to create competition: almost all access is being provided by two companies and they have divided the country among themselves."

But Burger said proposals that UK regulators should boost competition by splitting Openreach would be going too far. “It’s a totally different order of magnitude to say 'let’s separate the company from the rest of the organisation' — that is not what I’m calling for," he said.

Last month, BT also issued a formal whinge to Ofcom that arch-rival Sky should be subject to regulatory intervention over its dominance in the paid-TV market.

It is calling for pay TV to be considered in the regulator's much-anticipated review. ®