NASA's Dawn gets intimate with Ceres

Dawn is currently at an orbital altitude of 1,470km above the asteroid belt body, with its framing camera snapping at a resolution of 140 metres per pixel.

Among the pictures on offer is the Gaue crater, seen here at the bottom of the image (big version here): 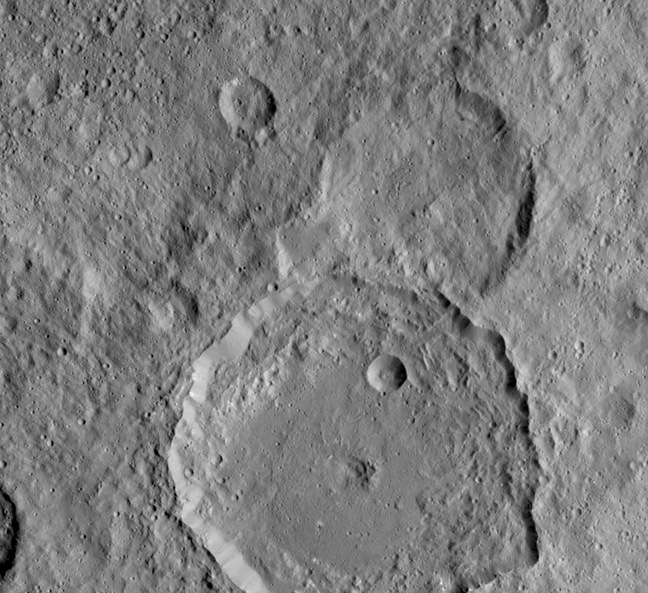 Gaue: Pay homage when you are harvesting rye. Pic: NASA/JPL-Caltech

"Gaue is a Germanic goddess to whom offerings are made in harvesting rye," NASA explains. The name is appropriate, given that Ceres was the Roman goddess of Agriculture.

However, the fact that a German minor league deity lends her name to one of the official International Astronomical Union (IAU) list of 18 Cererean features – along with Kerwan (Hopi spirit of the sprouting maize) and Zadeni (ancient Georgian god of bountiful harvest) – leads us to believe that, should Dawn continue to beam back fresh features, the IAU may be faced with a serious shortage of as-yet-undeployed obscure agricultural gods.

This may soon be put to the test, because Dawn also captured an unnamed "mountain ridge, near lower left, that lies in the center of Urvara [Indian and Iranian deity of plants and fields] crater on Ceres... 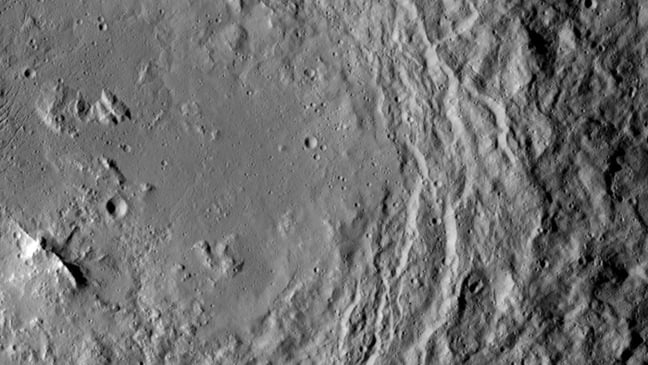 ...plus a 6km high conical mountain in the alien world's southern hemisphere:" 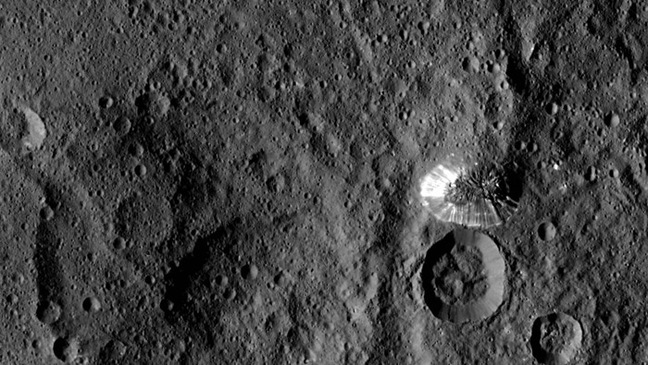 Might we suggest "Byggvir," Norse god of barley, and therefore beer? Pic: NASA/JPL-Caltech

NASA explains: "Its perimeter is sharply defined, with almost no accumulated debris at the base of the brightly streaked slope with bright streaks."

Back in July, Dawn photographed similar bright features in the crater dubbed "Occator" (the Roman god of harrowing soil). As we reported, these prompted "sometimes batshit speculation of alien spaceports," but are more likely to be "ice left over from an impacting body, or that has formed from moistness within Ceres."

Expect further excitement from the asteroid belt over the next couple of months, as Dawn continues to orbit in its quest to "map the entirety of Ceres six times." ®