Channel surfers and the irresistible rise of Content Delivery Networks 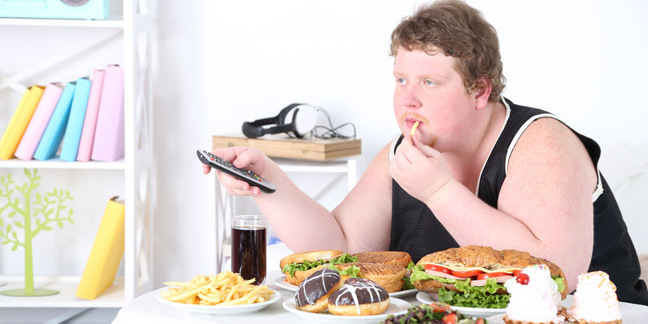 It was the firm’s fifth intake of cash, the second in less than a year. What’s remarkable is that inventors are backing a firm that is going up against some big names – among them the massive Amazon juggernaut.

Clearly, investors see plenty of demand for CDNs and for new and independent providers. But why?

When you’re delivering content online, speed is king. You can be offering the best website or service in the world, but in our always-on, instant-access consumer culture waiting is beyond unacceptable.

If your content isn’t instant, in that five/ten/fifteen seconds (or worse) the chances are a good portion of your audience has gotten sick of waiting and gone elsewhere.

Your content may be good, but be honest with yourself: is it so good it will defy even the shortest of attention spans? Didn’t think so. Then you may well benefit from a CDN.

A CDN (sometimes called a Content Distribution Network) is a specialist infrastructure, network or system for the high performance delivery of information and services.

How you achieve it may vary (and we’ll get onto that later). It might comprise a super-low latency routing platform or exceedingly intelligent load-balancing, backing onto a vast and distributed – or at least flexible and scalable – server infrastructure, and will probably offer some form of DDoS mitigation due to its capacity and scale, but the net result is fundamentally the same: you want to get whatever you’ve got, to whoever needs to receive it, as quickly as possible.

Most of us are using CDNs every day, and probably don’t even realise it.

If you’ve downloaded a piece of software from Adobe or Apple, then you’ve been using the Akamai Content Delivery Network. AMD use Akamai for delivering driver updates, Rackspace Cloud Files runs over Akamai for its Dropbox-type services, and Trend Micro even operates its House Call on-demand remote virus scanning from it.

Then there’s the video and audio content that have used Akamai over the years: BBC iPlayer, China Central Television, ESPN, MIT Open Courseware, NASA, NBC Sports and even the Whitehouse use the Akamai Content Delivery Network – yes, even Barrack Obama uses a CDN – to deliver Presidential webcasts while the 2009 Presidential Inauguration was delivered by Limelight Networks.

Limelight Networks has delivered some similarly ostentatious events for MSNBC including the 2008 and 2012 Summer Olympic Games, provided the backbone delivery platform for other major sporting events (including the Six Nations rudby and the Wimbledon tennis championships), and content for Facebook and Netflix.

CDNs aren’t just big boys toys for high bandwidth systems, though; there are a number of free options out there to speed up static web delivery, and Wordpress even offers their own in-house CDN for the fast delivery of images and videos on Wordpress blogs.

Thinking back then, you may have already used a CDN today, and will probably be using one later. You might even be using one right now. But how do they work?

On their most simplistic, basic level, a CDN is concerned with delivering some form of content to you as quickly as possible.

When you examine a website like YouTube, for example, there are some distinct components to it: there’s a search, there’s video listings, there’s an account sign-in and social features to go with it – comments, likes, sharing and the like – but most importantly, there’s a whacking great video player in the middle of the screen.

Video is of course the number-one priority. It’s the site’s very raison d'être. If somebody lands on YouTube and the social experience isn’t working then for most consumers it’s not a deal-breaker.

But if they were to arrive on YouTube and the video playback was unwatchable – either through poor performance or a total outage – then there’s really no compelling reason for them to stick around. Customers would just go elsewhere (Vimeo, Metacafe) to find that video of a cat doing something hilarious. So, the prudent will prioritise video delivery above all else.

A CDN, in terms of media delivery, might host the heavyweight portion of the content (pictures, video, and audio) on a different portion of the system to the application itself. The parts of a site like YouTube we’ve already identified as “less important” – that are predominantly database queries in the back-end and simple text delivery in the front-end – can be run from any old part of your server farm.

Next page: Video: forget everything else
Page:
Tips and corrections
14 Comments