Google makes it official: Chrome will freeze Flash ads on sight from Sept 1

If your ads aren't on web giant's network, they better be HTML5 – or they're dead to Chrome

Google is making good on its promise to strangle Adobe Flash's ability to auto-play in Chrome.

The web giant has set September 1, 2015 as the date from which non-important Flash files will be click-to-play in the browser by default – effectively freezing out "many" Flash ads in the process.

Netizens can right-click over the security-challenged plugin and select "Run this" if they want to unfreeze an ad. Otherwise, the Flash files will remain suspended in a grey box, unable to cause any harm nor any annoyance. 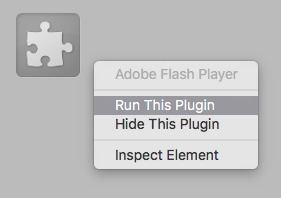 Back in June, Google warned that, in cooperation with Adobe, it would change the way Flash material is shown on websites.

As we explained a couple of months ago, it's effectively taking Chrome's "Detect and run important plugin content" feature, and making it the default: only the "main plugin content on websites" will be run automatically. That should put a stop to irritating ads around the sides of pages.

Google's reasoning for the move is largely performance-based, apparently. The Chocolate Factory worries that with too many pieces of Flash content running at once, Chrome's performance is hamstrung, and, more critically, battery life is drained in notebooks and tablets running the Flash plugin.

Crucially, the move will help kill the spread of malware via malicious Flash files, particularly dodgy adverts that have popped up on sites used by millions and millions of people.

Google said advertisers who are worried about having their ads switched off should consider converting their Flash artwork to HTML5. According to the cyber-goliath, "most Flash ads uploaded to [Google] AdWords are automatically converted to HTML5."

So, in other words, if you're not on Google's ad network, you're locked out of Chrome – unless you also switch to HTML5 artwork.

Interestingly, Google's security engineers have been helping Adobe's programmers to shore up Flash with anti-hacker defenses. ®