Hands on with Windows Server 2016 Containers

Containers, Docker support are big new features, but the current preview is rough

A container is a type of virtual machine (VM) that shares more resources than a traditional VM.

“For efficiency, many of the OS files, directories and running services are shared between containers and projected into each container’s namespace,” said Azure CTO Mark Russinovich.

Containers are therefore lightweight, so you can run more containers than VMs on a host server. They are also less flexible. Whereas you can run Linux in a VM running on Windows, that idea makes no sense for a container, which shares operating system files with its host.

Containers have existed for a long time on Unix-like operating systems, but their usage for application deployment increased following the release of Docker as an open source project in early 2013.

The popularity of Docker has helped to promote a distinctive approach to application deployment, where developers focus on creating container images which can be deployed multiple times.

The live instances are disposable, and you update an application by updating and redeploying the images. Each image may implement a relatively small piece of functionality, which fits well with a style of software architecture called microservices. 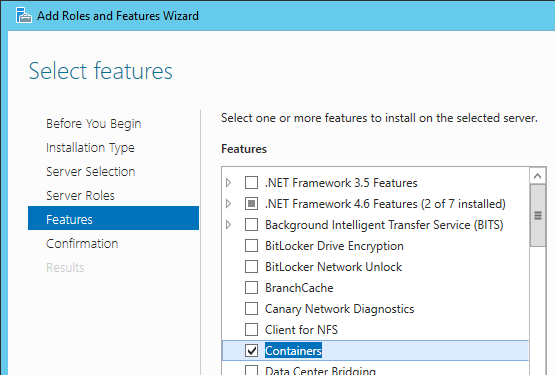 Windows developers have missed out on the container fun, but Microsoft is putting that right in Server 2016 and on its Azure cloud platform. Container support is now built into Windows, with two different types on offer:

The current technical preview does not support Hyper-V containers. What is the difference though between a Hyper-V Container and a plain old Hyper-V CM?

“Besides the optimizations to the OS that result from it being fully aware that it’s in a container and not a physical machine, Hyper-V Containers will be deployed using the magic of Docker and can use the exact same packages that run in Windows Server Containers,” said Russinovich, without giving details.

Microsoft has added nested virtualisation in Hyper-V in this release, so that you will be able to use Hyper-V Containers even if the host is itself a VM.

The main reason for using a Hyper-V container is for security. It is better isolated, and Microsoft regards it as a “trust boundary”, whereas this is not the case for Windows Server Containers. Despite this, even without Hyper-V containers should be isolated. “If anyone found a way to escape a container, that’s a big deal” said Senior Program Manager Taylor Brown in a training video.

In addition, Microsoft has ported Docker to Windows. This means you can use the Docker API and tools with Windows containers. It does not mean that existing Linux-based Docker images will run on Windows, other than via Linux VMs as before.

Judging by the preview just released, it is early days for Windows Server containers. Microsoft has published sketchy documentation, in the form of walkthroughs that demonstrate creating and running a trivial container using command line tools, either Docker or PowerShell. 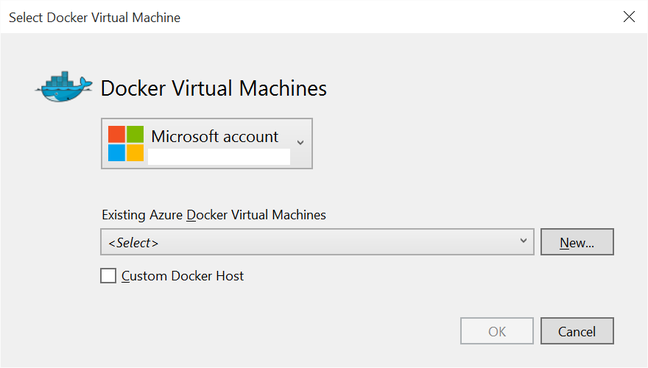 There is also a walkthrough of deploying to a Docker container on Azure, using Visual Studio Tools for Docker, and although these tools also make provision for non-Azure hosts, the walkthrough does not cover these scenarios. The tools encourage Azure deployment, making this the default choice with alternatives only available if you check a box for “Custom Docker Host”.

Second, Windows container images are currently based on Server Core, which is Windows Server without a GUI. Presumable Nano Server, an even more cut down edition, will also be supported.

Third, Microsoft has a lot still to do and has posted a “Work in Progress” FAQ describing what works and what does not. This includes advice like, “Commands sporadically fail – try again”.

Container VMs currently do not support everything that works in Windows Server Core. ASP.NET 4.5 does not run, for example, so you have to use the new ASP.NET 5.0, which is also in preview. PHP works with Apache but not in Microsoft’s IIS (Internet Information Server). Microsoft has a list of Windows features you can install but adds that “Many do not function once they are installed.”

The documentation also states that the system files in a Windows Container image must currently exactly match those in the host OS “in respect to build and patch level. A mismatch will lead to instability and or unpredictable behaviour.”

This requirement defeats some of the value of containers, which are meant to avoid dependency issues. It is a tricky problem for Microsoft to address, but essential that it is addressed, since otherwise patching the OS could break the containers it hosts.

When it comes to Docker, a number of key commands are not yet supported. Commands that fail include Docker commit, Docker load, Docker pause, Docker pull and Docker restart.

Such issues are not surprising in a public preview, but worth mentioning since with so many limitations many will prefer to wait for a more complete release before putting the technology to the test.

Next page: Hands on
Page: