It's CLANG all the way in new RAD Studio

Preview Embarcadero has released RAD Studio 10, including Delphi 10 and C++ Builder 10, a suite of development tools for Windows, Mac and mobile platforms.

RAD Studio 10 Seattle, to give its full name, has been updated for Windows 10.

Although it does not support the Universal Windows Platform, there are new controls that let developers create desktop application controls in the style of Windows 10, including SplitView and RelativePanel, high-DPI awareness, and custom Windows 10 styling for both VCL (Visual Component Library) – the longstanding Windows framework for Delphi and C++ Builder – and for FireMonkey, the newer framework which supports Windows, Android, iOS and OS X.

There is a wrapper for calling WinRT (Windows Runtime) APIs, to support features like Windows 10 notifications. 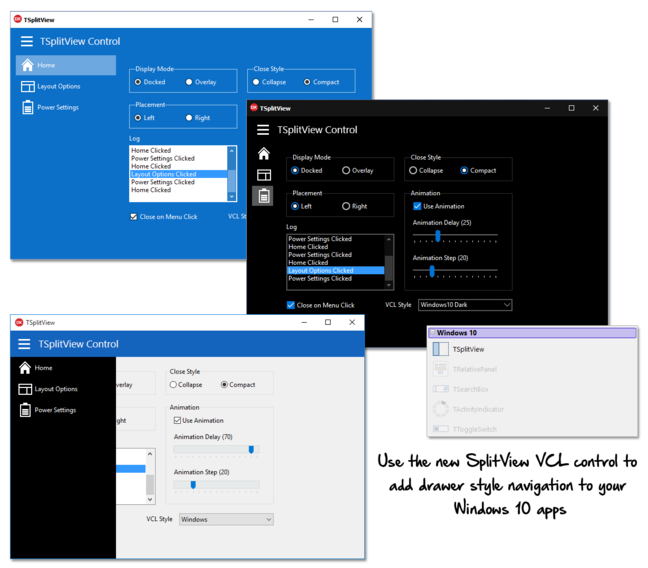 This edition also features a new 32-bit C++ compiler based on the open-source CLANG project, replacing the bcc32 compiler that was carried over from Borland C++.

This completes a transition that has been under way for some years. CLANG was already used for 64-bit Windows, as well as for the non-Windows platforms which RAD Studio targets.

Borland C++ goes way back. Version 1.0, called Turbo C++, targeted MS-DOS and was released in 1990. Borland C++ arrived in 1991, and from version 3.1 in 1992 also targeted Windows, using the Object Windows Library (OWL) framework which many developers regarded as superior to the Microsoft Foundation Classes (MFC).

Standard support in Borland C++ was also superior to Microsoft’s effort, and an amusing feature of the release notes back in the nineties was the list of strange behaviour implemented in order to compile MFC.

Borland’s development tools were acquired by Embarcadero in 2008, by which time the C++ product had become C++ Builder, whose Windows framework was based on the VCL (also used by the Pascal-based Delphi) rather than OWL. The compiler lived on, though, and this is the first release not to depend on it for 32-bit Windows targets.

It is still possible to select bcc32 as an option, which in some cases is just as well. “Our latest non-legacy code won’t compile with the latest C++ CLANG compiler,” said DevExpress CTO Julian Bucknall on Twitter.

Other enhancements in the new RAD Studio include improved Bluetooth LE (Low Energy) support, the ability to create background services on Android and what Embarcadero said is “a re-architected product and build management system that effectively doubles the project size capacity.” ®