Duo finds a tidy profit pawning off cans of atmosphere 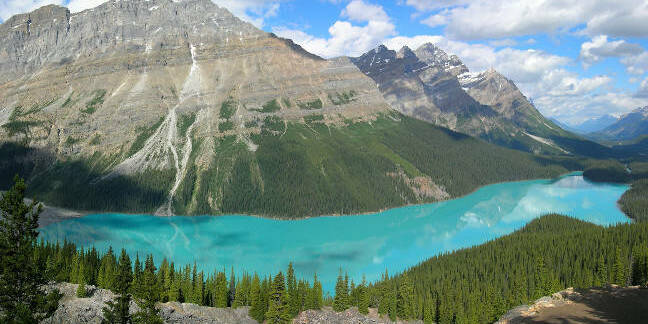 A dynamic duo from Canada have claimed to have made thousands of dollars by selling cans full of air online.

Moses Lam and Troy Paquette of Alberta, Canada said in an interview with the CBC that they began their business selling ziplock bags of air collected from the Canadian Rockies mountain range just for a laugh.

But when one bag, we're told, sold for $168 on eBay, the pair decided to get serious and started Vitality Air, an online vendor touting $15 bottles of air collected from the Canadian Rockies.

The company has apparently sold more than 900 bottles to date.

"It's a long and tedious process, you know," Lam said. "We sit in Banff for about 10 hours capturing the air and then after that we bring it back and we have to fill it into these bottles individually."

Vitality Air makes the claim that the cans of Canadian air can be inhaled to boost energy and help the immune system. The outfit also sells pure oxygen, which it reckoned can help athletic performance, combat altitude sickness or help booze-lovers recover from a hangover.

Lam and Paquette aren't the first people to find a market to be had hawking fresh air to city-dwellers. A travel agency in China offered bags of mountain air to people in downtown Zhengzhou as a marketing ploy and found that citizens were queueing up for their clean hits of air. ®

Here - have a new Docking Adaptor. Sorry about that whole exploding rocket thing