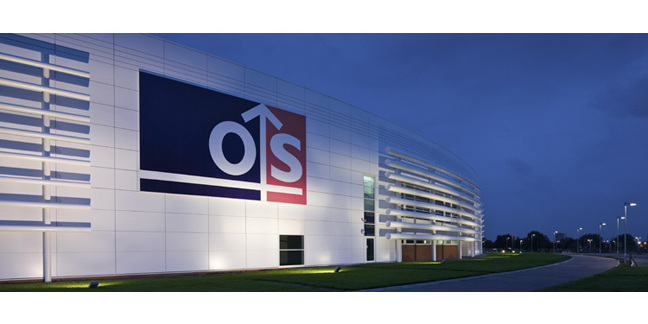 The ambitious next-generation map app won't get a formal splashy launch until 2016 – but I checked in to see how it's getting on, since we gave you an exclusive peek here.

OS Maps is a major multi-year project to create a kind of "pocket SatNav for outdoors Britain" – creating a modern slippy-style app for web and phones out of the Ordnance Survey's deep MasterMap gridref-based product, from which its traditional maps like Landranger and Pathfinder are derived.

An Android version sneaked out a few days ago. With the new app, classic maps are integrated with the modern slippy view: you get directions, you can save and share routes, and also save portions of the map offline.

Lots more is coming too. It's a very rich package in a very simple UI.

Some of this functionality is available for free, and even free on the web, although the £17.95 annual sub for the full feature set is hardly a pocket-buster. (There are also one-off, one-month subs available for £7.99).

It's clear that the OS is not worried about cannibalising its paper range and has priced the app to attract a broader market, rather than the every-weekend-come-rain-or-shine crowd. "Occasional explorers" is the phrase being used. Paper maps generated less than £9m in 2014, so the potential for growth is there.

It's currently in a kind of public beta – you can find it if you know where to look – but it'll get the full gala launch in 2016, when it arrives on Android and iPad too. This doesn't mean the current MapFinder app is being retired any time soon – it stays by popular demand, the app's designer Ben Scott-Robinson told me. The plan is for OS Maps to gradually provide the functionality MapFinder does. Although if you don't have MapFinder already, you may wonder why, since OS Maps gives you MapFinder and Landranger maps in two clicks: they're just different views or layers on where you are.

"Next is our first step to provide Off-Road Turn-by-Turn routing. So you can see the map and the route, and it lets you know where you are," said Scott-Robinson.

New since April is National Parks mapping – where a lot of the "SatNav" features for walkers are actually used.

The biggest problem I found in practical use was that you can't yet save the slippy map (the default view) for offline use. This is a problem, because when you're walking, you're lucky to get 2G speeds, let alone 3G or LTE speeds. This is the most-demanded fix. I found I could save the portions of the Landranger I needed, but to enjoy the routing you need it all offline. There's no faulting the the design, though – it's hard to think how it could be made any more simple or elegant.

The OS is also going to integrate with other devices and apps. HealthKit support is coming up, and there will be a version for WatchOS 2 under development when it comes out. Perhaps the Pebble is more suited to outdoors than the more expensive and cosmopolitan Apple Watch, which isn't waterproof and runs out of puff pretty quickly when using GPS.

"We're exploring it. My team has more Pebbles than any other wearable," is all we could find out. "We'll also support syncing between web and mobile, so you plot the route on the website and then see it on your mobile. You'll be able to save your times and go back and see them on the web as well."

India launches e-government platform for 125,000 villages and drone land surveys to put them on the map