Back to school: Six of the smartest cheap 'n' cheerful laptops

The usual suspects for studious souls

You won’t be lugging the 17-inch Satellite C70D around in your backpack very often, but there are still times when a larger screen comes in handy for tasks such as photo-editing, presentations or a bit of a Netflix binge at the weekend. 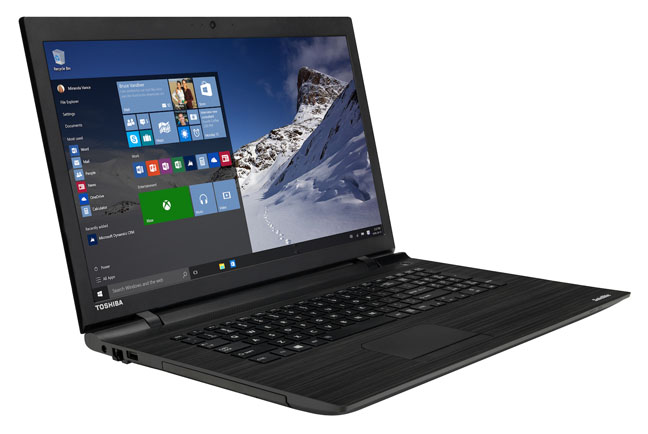 That large screen is the obvious stand-out feature, and its 1600x900 resolution also provides greater clarity and brightness than the 1366x768 of most low-cost laptops. It’s not quite full-HD (1920x1080) but it works well for streaming video and browsing your photo library, and there’s a DVD drive for bingeing on box-sets too.

The Satellite C70D is a new model, and arrived with Windows 10 pre-installed, and it even includes a special button on the keyboard to activate the Cortana digital assistant. It was also one of the few laptops we’ve seen recently to use an AMD processor – the quad-core A8-7410, which runs at 2.2GHz (with a boost option taking it to 2.5GHz).

We were curious to see how AMD would compete against its many Intel-based rivals, but the A8 processor only managed modest performance, with scores of 1699 and 1917 in the Home and Work suites of PCMark 8. Like the Asus and the Lenovo, it manages a casual gaming frame rate in the mid-teens which is still useable but not exactly the smoothest experience.

Still, it does also include 8GB of RAM to help when working with multiple apps or large file sizes, and 1TB of storage, so it can handle most routine tasks reasonably well. The Satellite C70D weighs 2.6kg, so battery life isn’t a crucial selling point, but it can manage four hours of streaming video, which will let you get in a few episodes of Game of Thrones between charges. ®

Thanks to Ebuyer for the loan of the Acer Aspire and Toshiba Satellite.