Sorry, Californians, you can't have this: Asus to build WATER COOLED notebook

Asus has unveiled a gaming notebook that comes with its own water cooling system.

The GX700, shown off by the company ahead of the IFA conference in Berlin, connects to an external cooling system that pumps water through the notebook to cool off its overclocked Intel Skylake CPU. 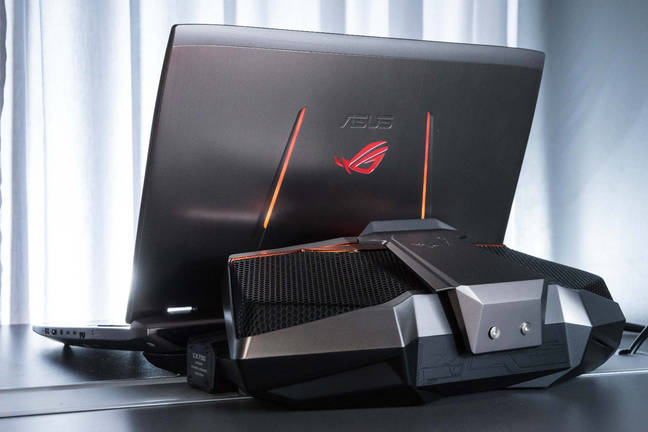 Is it still a laptop if you have to keep it on a desk?
(click to enlarge)

To call the GX700 a "laptop" is more than a bit of a stretch. Aside from being a sizable 17-inch notebook, the GX700 would need to plug into the cooling box via a dock connector. Presumably the notebook itself can be disconnected, though that would of course require running the system at a lower performance level to keep temperatures down.

Other promised features in the water-cooled notebook include what Asus called the "latest Nvidia GPU" with support for 4K resolutions on the 17-inch screen. 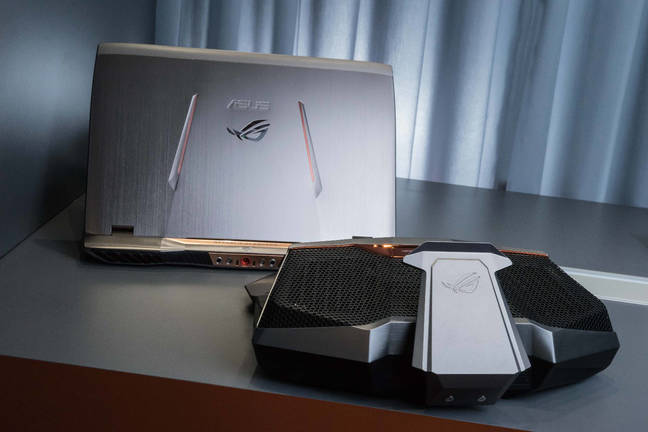 It's undockable, so let's hope those seals hold
(click to enlarge)

One can't imagine that what will surely be a fairly expensive notebook – which also requires an external cooling unit – to be a huge seller, but if Asus' aim was to grab headlines and get some attention for its other, more portable and reasonable Republic of Gamers (ROG) gaming products, then the Taiwanese PC builder certainly accomplished its mission this week.

Other ROG unveilings included notebooks (no water required), peripherals, and a new motherboard and graphics card.

Asus did not say when the GX700 would be released or what pricing will start at. ®