Hacker chancer looking for $500,000 after offering Clinton emails for auction

If he even has them. Hard to substantiate anything here 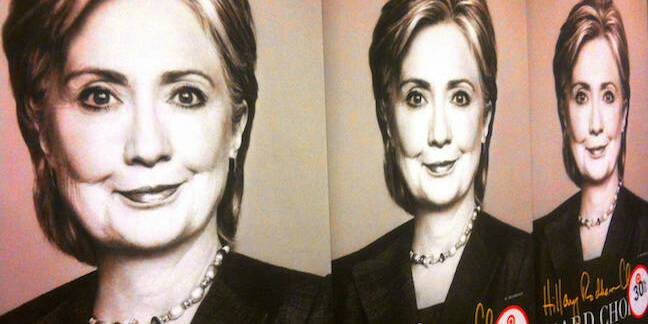 A hacker, claiming to be in possession of former US Secretary of State Hillary Clinton's secret emails, plans to auction them off, hoping to make at least $500,000 from the sale.

The unnamed “computer specialist” told US-based entertainment publication RadarOnline that 32,000 emails from Clinton's private server are on offer to the highest bidder. However, the whole claim is weakly substantiated.

The hacker shared a sample of subject lines of emails of "what appear to be legitimate messages" with RadarOnline, according to reports.

But even a foreign policy expert would struggle to verify the claims here and the whole exercise might just as easily be the work of an enterprising chancer.

Nonetheless, the supposed auction adds to ongoing concerns about Clinton’s use of a private email server to conduct government business between 2009 and 2013, a scandal that blew up in March 2015, and which threatens to derail the Democratic Party frontrunner’s presidential bid.

Clinton admits that using a private email server “for convenience” was ill advised.

Her attempt to hold the line that she did not handle classified information via her private server has come under severe scrutiny.

The Intelligence Community Inspector General said some of the emails hosted on the server contain sensitive information which should have been classified as secret. The FBI launched an investigation into the server's security last month. ®