Sound system bods Pioneer have completed a trial of laser-outfitted cars in a bid to have vehicle mapping technology in commercial use as early as 2018.

Retro-tech fans will be tickled to hear that the Japanese consumer-tech giant based its work on Laserdisc technology with its roots in the 1980s.

Pioneer hacked its tech into a 3D-LiDAR (light detection and ranging) sensor can detect lane line markings and objects, and using a "data ecosystem" can communication environmental data with other vehicles.

The idea of using the Laserdisc technology was to bring down cost, currently ranging between US$25,000 and $75,000, to encourage adoption. Instead, it hopes to hit a price point more in the order of $100 by 2025.

Pioneer says its experience with LiDAR lasers will help it in the automated driving space.

"...the 3D-LiDAR driving space sensor is thought to be a key device indispensable to the achievement of highly advanced automated driving," the company notes in a statement [pdf].

"In addition to being able to finely detect the distance of objects several dozen meters ahead, as well as their width, even object identification becomes possible, based on shape detection. 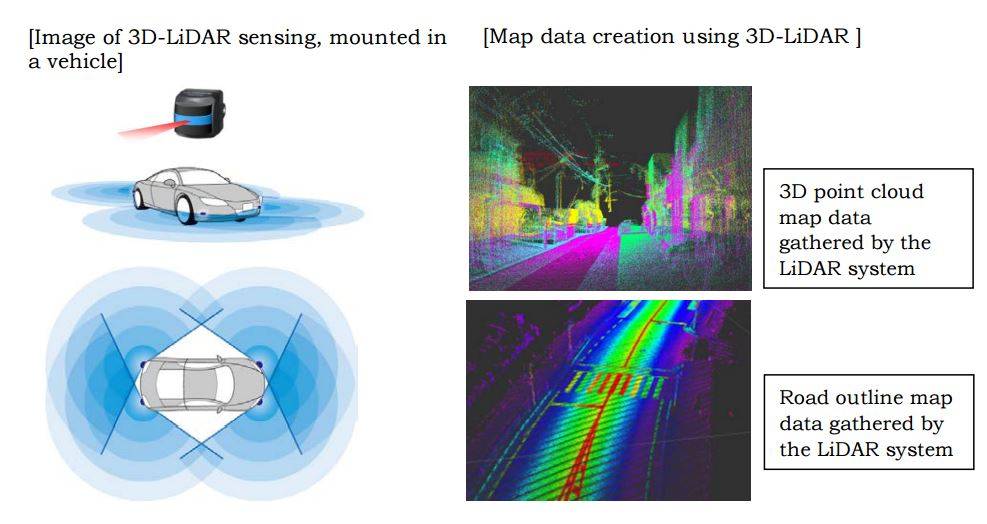 "Pioneer is able to develop its high-performance, compact, low-cost 3D-LiDAR system for in-car applications by drawing on its optical disc technologies built up over many years, such as optical pickups."

It hopes within the "near future" to build an efficient operation system for advanced map data that could crunch variations in map data at low processing cost by collecting surrounding environment data in real-time from general-use vehicles 3D-LiDAR as well.

Driverless cars are championed by many big tech companies and startups, most notably by Google.

The science suggests driverless cars are more efficient and safer even without manual overrides like steering wheels and brake pedals.

However, the industry, much like the aviation sector which would also benefit from computer-controlled pilots, is being forced to move slowly due to regulations and the irrational human fear from loss of control. ®