Building to APIs instead of specific systems or black-box EAI busses let Argos deliver a Wishlist app, for children aged between three and seven, in just one month in the run-up to Christmas 2014. It was an app that drew on product and price data in those legacy systems. The Wishlist took the idea of circling products in the paper catalogue and extended that by adding a list that could be emailed to parents with, er, "handy" links to products.

The guide was the product of a hackathon at Argos’ then newly opened digital hub office in Victoria, London, where bosses assembled 50 people from across the firm and from outside. The hackathon generated 20 ideas, which were whittled down to eight prototypes, before eventually producing the winner for Christmas.

“We delivered it in weeks, because we let third parties access all our core data on pricing and it was launched in a month. We can build new mobile channels very, very quickly,” Sackman says.

Behind this is re-structured IT at Argos that’s merged traditional IT with digital and marketing teams. “Rather than getting hung up with functional territory... We built a group that feels like one team, which spans digital, customer experience and marketing people and we have a single program looking at what the customer proposition is for Argos,” Sackman says. 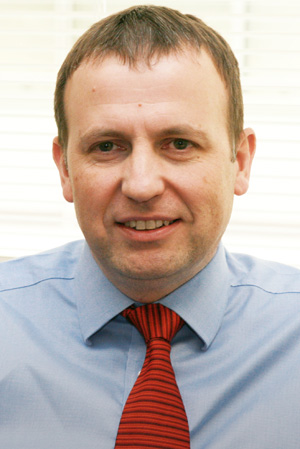 Sackman: this is not enterprise integration

Argos is hiring tech types who understand technology in “customer facing ways” and can sit next to UX and marketing, according to Sackman.

The change is being extended to work with IT suppliers, too. Argos’s incumbents are Accenture and Fujitsu – Accenture helped design the digital strategy and is delivering “significant chunks”.

But the company is increasingly looking to partner with fresh blood. “You need people with traditional IT skills, but you also need people who can push the boundaries. We are looking outside the traditional boundaries, at startups and people in UK retail who wouldn’t traditionally have engaged with us – hence opening that digital hub in Victoria, to attract talent we might not normally get,” Sackman says.

That Victoria centre opened with 10 staff in February 2012, above an existing Argos store. It has been positioned deliberately to attract more of London's startup and design crowd.

The digital hub was the initiative of Argos’ then-digital director Bertrand Bodson, who’d joined from EMI Music where he was global digital chief. Bodson has since ascended to the position of group digital chief, with additional responsibility for IT added to his portfolio.

The need to become more dynamic and open has been forced on Argos.

Argos was on the cutting edge of retail. It was founded in 1973 by Richard Tompkins, the man who also launched Green Shield stamps in the UK – an idea established in the US. Green Shield stamps were like a loyalty scheme – you saved stamps that you exchanged for something you wanted to buy.

But in 1973 Tompkins saw the future and the future was shopping from a catalogue: a revolutionary idea when most shops were selling what they stocked and shoppers had to physically see or touch things before buying them.

Decades later, however, Argos was becoming dated, something of a shabby joke. Worse, HRG struggled to recover from the 2008 downturn. HRG profits had slumped to £130m, down from £426m as the world went pop in 2008.

The competition has toughened up, too. Today there’s one name on every retailer’s lips: Amazon. Arguably, nobody goes up against Amazon more as a retailer than Argos.

The two compete on web traffic. There are similarities in terms of their pricing and seemingly infinite ranges, too. Amazon takes this further by bringing in suppliers from outside, with merchants tied in through its commerce and order-fulfilment process. There's pressure with regard to order fulfilment – the delivery and collection of consumers' goods. Amazon is offering one-hour delivery windows and now also offers collection points, while Argos is laying claim to the UK's largest home-delivery business.

Argos has restructured to ensure rapid order fulfilment at its 700+ shops, which have been grouped into a hub-and-spoke system. Smaller stores are clustered around large centres to fulfill same or next-day delivery. Hubs carry all the stock, with smaller spoke stores carrying only more popular, fast-moving items. Behind this arrangement sit the warehouses. The idea is that rather than tell a customer their Argos store is out of stock, Argos can tell them instead when they can expect the product will be ready for collection.