Much of the first three years' work has been on the front end – online, mobile and in stores – but more fundamental change is on the horizon.

The next step is greater personalisation in the form of individual offers. This is a world way from the catalogue business that marked the birth of Argos in 1973. Back then, the catalogue was the innovation as Tompkins conceived a new way of shopping and remade his existing Green Shield stamp business. Today, the laminated book is printed only once every few months, which in today's fast-churning retail climate leaves you dead in the water.

“One of the areas we will develop carefully will be how we build personal relationships with our customers,” Sackman tells us. “Think of the Argos of old and you think of a paper catalogue and directory of products that are fixed. We want to get to a point where we are adding to that range of products and making it more specific to customers.”

“We will be looking to replace that soon,” Sackman says. “The back end changes will be driven by our strategy to expand the range and trade more dynamically.”

Sackman reckons on a “package option”, which typically means SAP, Oracle or some other competitor, either on-prem or in-cloud. But when we last spoke to Sackman there’d been no movement on a decision.

The reason is that Sackman's boss – group chief executive John Walden, who served as Argos MD before promotion in March 2014 – has been evaluating options for synergies across the group. Also, there's been the primary focs on front end – UX, devices and stores.

There is also a question of whether Argos moves its infrastrucutre to the cloud. Currently, for example, the website is hosted internally. That means that rather than scaling elastically, Argos has to do all the usual capacity planning in advance of anticipated peak traffic that you'd expect.

Sometimes that doesn't work. Argos got caught out last year as demand on Black Friday felled its website. It wasn't alone, however, as sites belonging to Tesco, PC World, Boots and even Amazon were also downed. Sackman insists “pretty much everything went well" and the problem was "access".

“We had to throttle the website... we wanted to maintain the experience of customers on the site so we held some people out,” he says.

Another factor is Big Data, given Argos’ desire to provide customers more tailored offers, options and shopping – it wants to harvest mobile data.

“The gathering of data and its analysis to drive supply chain and stocking and for customers will be huge, as we get more and more into peronsalisation offers... It will become more prevalent and real-time,” Sackman says. “We will need to develop the background analysis of data to help us decide ranges.” 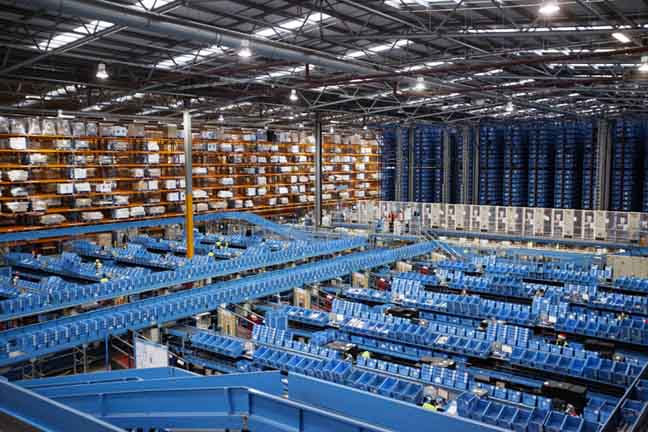 The next challenge – personalising this lot

It’s a careful revolution at Argos. Yes, 44 per cent of business comes from online but 56 per cent still comes from the catalogue. Argos can't afford to throw these catalogue-friendly customers off-kilter with too much new-fangled stuff, too soon. Hence, gently introducing digital concept stores, rather than lighting the fuse on a big-bang introduction, building native and in-store iPad apps that evoke the familiarity of that paper-and-laminate catalogue. If there is a revolution here, it's in the plumbing that's enabling change – the API drive.

"We are encouraging people to move online. Lots of people move online of their own acord and are shopping online, but there are still people who want to shop their traditional way... we thought long and hard about how to not make people intimidated by the technology," Sackman tells us.

“The paper catalogue still has a role to play. We will need to evolve it." ®