Chip blueprint scribbler ARM has released some of the source code for its first public beta of mbed, its operating system for the Internet of Things.

The Internet of Things is today's fancy word for embedded engineering, and ARM is all over that latter space: the tiny and relatively simple processor cores it designs are used in countless gadgets and gizmos, phones and tablets, controllers and sensors, smartcards, and so on.

The Brit biz feels it is best positioned, right in the center, to provide the software to bring together low-end, low-power Cortex-M chips and the competing communications standards. In October, ARM revealed mbed OS, which emerged from its mbed.org community of developers and driver code.

The idea is, you run the open-source mbed OS on devices, and ARM's middleware on the backend to talk to and control the gizmos. The entire stack isn't, however, open source: the systems running the show at the back use ARM's device server product; and down on the devices, some binary blobs are needed to initialize the hardware and ensure trusted firmware is executed.

ARM has told us it is trying to open source as much as it can – using the Apache 2.0 license – but commercial realities cannot be ignored. 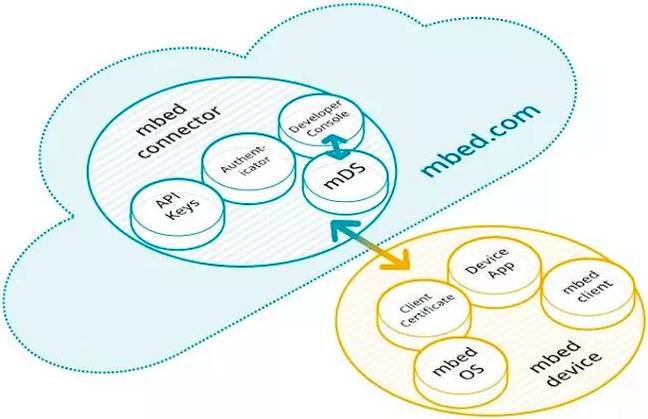 Here's what was released or announced on Tuesday – or skip straight here for the source code:

Most of the code is written in C/C++ and ARM assembly language. The OS is expected to be officially launched by the start of ARM TechCon in November. ®