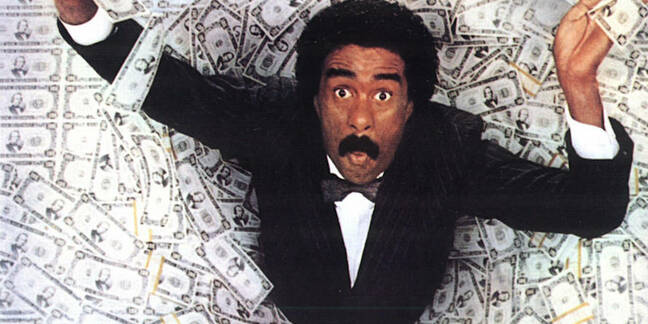 Domain-name overseer ICANN wants your suggestions for how it should spend the $60m it made from auctioning off new dot-words.

In a discussion paper [PDF] published today, the wannabe-master-of-the-internet notes that it has $58.8m in a special bank account. Just under half of it stemmed from Google, which paid $25m for the right to sell domains ending in .app.

A further 12 top-level domains were also auctioned when applicants for the same name were unable to agree on who should own it, and opted not to go to private auction in deciding the winner. Dot-tech went for $6.8m; dot-realty for $5.6m; dot-salon for $5.1m; dot-buy for $4.6m; and so on.

ICANN now wants ideas and suggestions not just for what to spend the money on, but also more meta issues like what "principles" it should adhere to in deciding where the money should go, what roles people should play in deciding what to do, and what processes it should follow in arriving at a decision.

The paper itself takes a neutral line, outlining the discussions that have been had in the past and the various issues that have been raised around the money. It even contains an appendix of proposals and the names of those who have suggested them.

The root of all trouble

Behind the scenes though, it has been a very different matter. The internet community has been pressing ICANN's management and Board to say how it will spend the money ever since the idea of auctions was first touted in 2011.

ICANN's Board studiously ignored all such requests for years. But the chairman's hand was finally forced when the organization's main policy body, the Generic Names Supporting Organization (GNSO), decided to move ahead regardless and created a working group in March this year with a mandate to decide on the funds.

That sparked a swift response from the chair, who angered many by appearing to say that the Board would decide how and where the money is spent. "The Board has not chartered any group to make decisions about the auction funds, and we plan to proceed very deliberately," Steve Crocker told the GNSO. "Input from the CCWG [Cross Community Working Group] will be quite welcome, but so will inputs from other sources."

In order to pile on the pressure, the internet community held a series of other meetings at ICANN's official conferences to discuss what to do with the money. This discussion paper is an effort to get the decision on where to spend $60m back under ICANN's control by running it through its lengthy policy process.

There are two noteworthy aspects in the paper however.

First is the fact that the paper goes out of its way to state that it is only looking at the $58m made through auctions of dot-words. It is not considering the more than $150m in "excess funds" that ICANN made from charging just under 2,000 applicants a non-returnable fee of $185,000 per application.

ICANN has not been forthcoming about the actual cost of the program, however. In addition, its legal department and chair have claimed (after the fact) that the $30m legal fund is supposed to be much bigger. And the organization has been spending huge sums on other activities that it claims are related to the new gTLD program but, again, has been opaque at best when it comes to stating what they are and why they should be funded from the new gTLD program proceeds.

It's not clear how much money remains in "excess" even though the majority of the costs have now been assumed. What is clear is that ICANN is trying to pull those funds into its own operations rather than subject them to a community-led discussion that may then distribute them outside the organization.