HP and Dell flogging Surface Pro direct? No issues THERE. NONE AT ALL

OEMs issue vote of no confidence in their own stuff 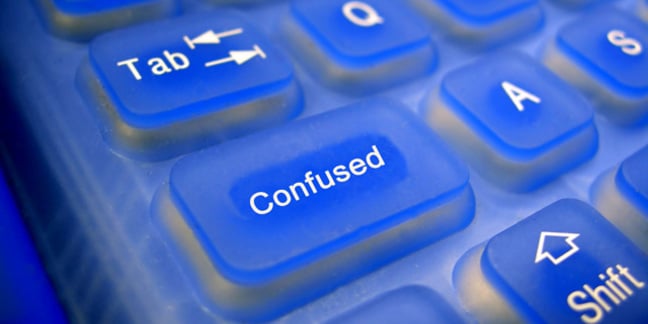 HP and Dell – cunningly assisted by Microsoft – have hatched a brilliant plan in which they will compete against their own products, not to mention the channel types who sell them, by flogging Redmond's Surface Pro 3 direct.

At the worldwide partner knees up in June, Microsoft confirmed it was opening the gates to allow thousands more third parties to push the slab-cum-notebook device: some 3,500 more, to be precise.

In the UK, Microsoft added 41 companies to the authorised device reseller programme, on top of the 14 it had already, but it seems they’ll be rubbing shoulders with vendors and large SIs too.

The Surface Pro 3 will be punted alongside Dell’s competing Venue Pro and Latitude 2-in-1 units, by the Texan firm’s direct sales force and via its web store.

“We want to move people from needing, to choosing, to loving Windows and so do our partners,” said Microsoft CEO Satya Nadella. “Our global enterprise customers have asked us to match the Surface Pro 3 and Windows 10 experience with enterprise-grade support and services – and our partnerships like this one with Dell will do just that.”

In a backslapping statement from Dell CEO Michael Dell, he said it is simply giving “customers great products." Texan Mick added this was "including Surface, with the best sales, service and support in the world."

The intention is to bring HP, Accenture and Avanade on board too, as Microsoft aims to hit its target of getting a billion devices running on Windows 10 out in the wilds within two to three years. The programme will be rolled out to a further 26 countries – including Blighty – from January.

Like Dell, HP also gave its mobile portfolio a vote of no confidence and confirmed it is to join the Surface Enterprise Initiative.

Mike Nash, veep of product management, said customers have asked it to sell Surface but also to support it and it will “respond” to these people.

“We will be offering the Surface Pro 3 through the direct sales force. Independently, we will also be offering a new set of HP CarePacks, designed specifically to help the customers to plan, configure, deploy and manage in enterprise environments,” Nash explained.

In anticipation of the big question about the future of HP detachable products, Nash said: “We have products like the HP Elite X2 1011, HP Pro X2 210, HP Pro X2 612 and HP Pavillion X2 that recently launched. And while I am not here to announce any new products today, I can suggest that you continue to watch this apace.”

Great. So that clears up that then. Except it doesn’t.

Surface ADRs, who double up as Dell and HP channel partners, are scratching their heads.

One told us: “So we’ll be taking an HP or Dell tablet to customers and meanwhile HP or Dell could be selling against us with a Surface Pro? Genius. What a brilliant idea.”

“Best of British luck to you, morons,” he added.

Channel types have questioned if HP and Dell are making more money by selling a Surface or if the move is a tacit admission that their own kit is not truly, er, showcasing the benefits of Windows 10.