'A word processor so simple my PA could use it': Joyce turns 30

Archaeologic The Amstrad PCW8256 turns 30 this month. In eighteen months it did for the typewriter what the car took thirty years to do for the pony and trap.

Alan Sugar’s specification was simple – “A word processor so simple Joyce could use it”. Joyce Caley was his formidable PA and "Joyce" became the codename for the project – and the product name in Germany.

Joyce rode on the coat-tails of the previous Amstrad computers, which had been huge successes: The CPC464 (codenamed Arnold – an anagram of Roland, the name of the chief designer – and designed to imply it was being built by GEC), and the CPC664 (known as the IDIOT – Includes Disc Instead Of Tape).

The design team was pretty much the same as it had been for the previous computers, with the project being run by Roland Perry, hardware design by Marc-Eric Jones (MEJ Electronics) and the software by Chris Hall and Richard Clayton of Locomotive; the four having all been at Cambridge together.

While the PCW 8256 is often derided as being a low-tech device – Z80-based, running CP/M when not word-processing and with a monochrome display – its key to being cheap lay in using the largest uncommitted logic array ever built: a single chip which controlled the CPU, display and, crucially, the printer. What customers thought was a separate external printer was in fact just a printing mechanism with the electronics mounted inside the main unit. 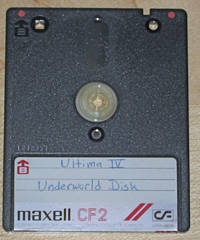 The high level of integration also guided the engineering choice to use 3-inch disks. At the time, it was clear that the Sony 3.5-inch format was gaining traction, but the Hitachi 3-inch units used the same, simpler bus as proper 5.25-inch drives and made for simpler electrical choices. Simpler is cheaper and in a mass market product, cheaper is better.

Locomotive had written the BASIC interpreter for the CPC464, but it was previous experience which led to the core software for the PCW8256. LocoScript was codenamed “Zircon” – as in fake diamond. The team had previously worked on the 1976 Data Recall Diamond; a fabulously expensive device. LocoScript was both the application software and the OS, giving a level of performance you would not get on a Z80 if you had to go through abstraction and APIs. This meant columns could be made to slide on the big green screen, it was easy to navigate the floppy disc and it offered a much greater level of What-You-See-Is-What-You-Get

Joyce predated the widespread use of graphical interfaces and the computer mouse. Macs existed, but only in rarefied circles and its 68000 processor cost more than a whole PCW. Just being able to highlight text you wanted to cut and paste was revolutionary when most PC programs wanted a combination of control, secondary and tertiary keys for each step to mark the start of a block, the end of the block and the copy or cut. LocoScript reduced nine key presses to three and made the whole process a lot more obvious. 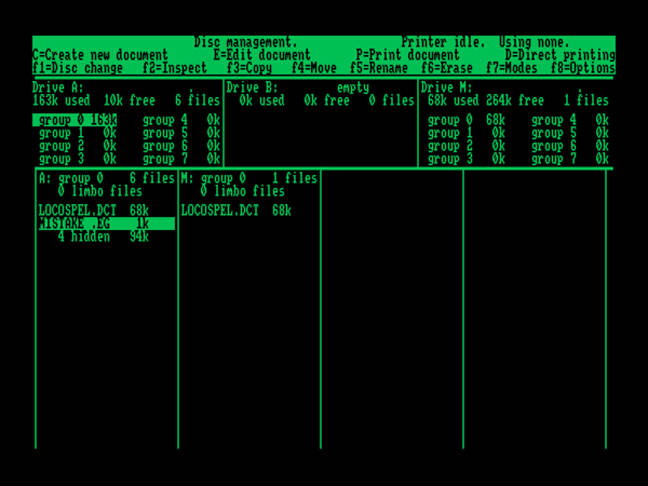 The integral control of the printer also opened up the ability to make sure you knew what was going to come out. In the days of the Epson FX-80, it usually took a few printing attempts to get the line lengths right. There was also support for other printers, using the optional and rare RS232 serial interface.

Next page: A connection is made
Page: