Microsoft names September 22nd as the date for Office party

Redmond's raised the flag ahead of Office sprinting off the starting line on the anointed date of Tuesday, September 22nd and also explained how Office updates are going to work from now on.

If you choose to accept Office pdates whenever Microsoft makes them available, you'll be on what Redmond now calls the “current branch” of Office and can expect new bits every 30 days or so.

Redmond's also explained the security procedures for each Branch, as follows:

Which sounds like rather a lot to keep on top of, as it looks like one will need to be testing First Release for Current Branch for Business almost non-stop unless one has an appetite to run possibly-insecure versions of Office. 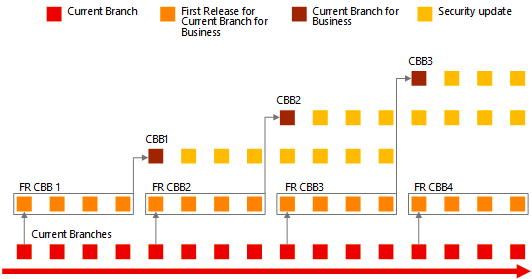 The new regime starts on the same day as downloads, September 22nd, when we'll all be offered the chance to get our paws on Office 2016 in all its Cortana-assisted glory. ®

If you're despairing at staff sharing admin passwords, look on the bright side. That's CIA-grade security