Later, it was Super Mario Bros 3 that fully refined Miyamoto’s platform experience. With a 1988 release date in Japan, the rest of us had to wait painfully until 1990 to get our hands on this supreme title. 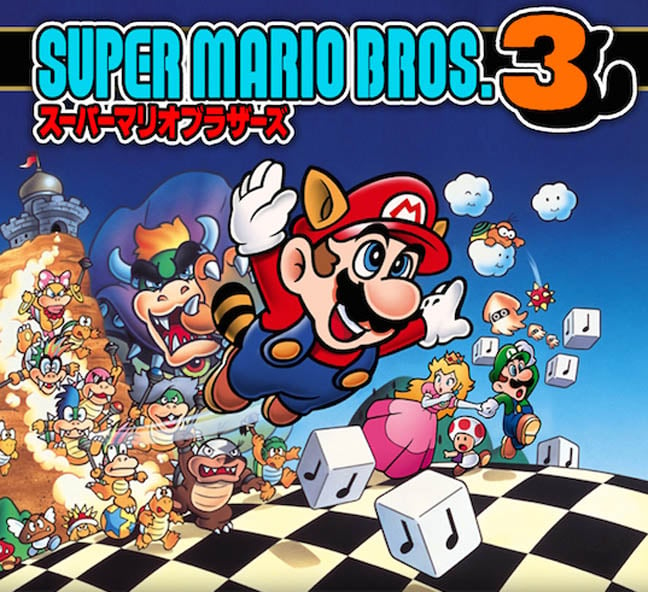 Featuring a huge map of eight impressively different worlds, it contained all manner of secret routes and extra puzzles ready to be solved. The basic controls for Mario and Luigi remained as before but a selection of power-ups would equip our heroes with magical costumes, bestowing them with special abilities.

The frog suit would soup-up swimming skills; a raccoon costume (gained by grabbing the magnanimous ‘super leaf’) granted a natty racoon’s tail and flying powers, while the hammer suit permitted resistance to fire and, as one might expect, hammer-throwing abilities.

It was team Miyamoto’s shrewd level design and finely balanced gameplay that led to such complicated yet satisfying adventuring. The difficulty was pitched just right, and the number of hidden features alongside a game save facility gave the title fantastic longevity.

It took over two years to develop – not surprising, considering the complexity and scale of the project – but such a lengthy development period was something of a revelation at the time. 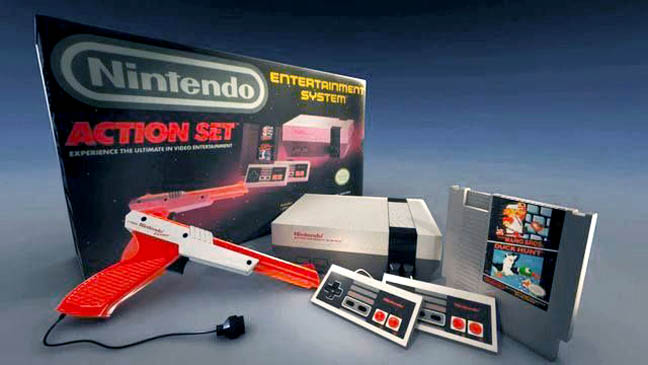 Mario’s ever-increasing library of games expanded hugely over the coming years, with spin-off titles, puzzle, art, racing games and RPGs, plus cameos aplenty, as the little plumber became a global superstar and lynchpin for Nintendo’s hardware.

Super Mario World: Alternative take on the flagpole. Take a key to a keyhole for extra secrets. A more ingenious design
Click for a larger image

When polygons took over in the mid-1990s, and developers scrabbled for ways to adjust platform games into three dimensions, Nintendo bided its time before entering this new, difficult arena.

Super Mario 64 launched alongside the Nintendo 64 console, carefully retaining certain gameplay elements from the original titles, but innovating in equal measure. There was still room to polish the experience, but it was a boundary-pushing title with some glorious visuals, proving that platforms and 3D could have an interesting new future together.

Super Mario 64: Mario makes it to three dimensions. Taxing puzzle solving as standard. Another tricky stage to negotiate
Click for a larger image

Right up-to-date for this 30th year celebration, Super Mario Maker is a well-timed release for the-not-especially-successful Wii U console/handheld combo. As Mario fans have often dreamt, it allows players to create their own levels, placing enemies and platforms wherever they wish using the Wii U’s stylus to draw and position elements. One can even select from a large range of retro Mario graphics and upload levels to the web for your mates to enjoy.

For nostalgia loving game fans, Super Mario Maker is a whole lot of fun. For most of us, however, nothing beats the joy of launching into one of Miyamoto’s blissfully designed Mario classics. ®