We have no idea how it happened, but during a recent review of our previous post-pub nosh neckfillers, we realised that not since our crack culinary team constructed the fantastical and frankly mind-boggling Portuguese Francesinha in December last year, has one dish featured a nice bit of steak.

This simply won't do, so for your wobbly dining pleasure today we present "cachopo" – a hearty meatfest from the Spanish region of Asturias entirely unsuitable for those of a vegetarian persuasion and highly unlikely to feature on a heart doctor's list of recommended ticker-friendly fodder.

A classic cachopo (from the word for "dry and hollow tree trunk", due to the dish's external appearance) is simply jamón serrano and cheese sandwiched between two steaks and fried in breadcrumbs.

Essentially, then, it might be considered a glorified Schnitzel, although that's traditionally made with pork, while the Wienerschnitzel uses veal.

Neither of these deploys a daring sandwiching construction, though. Conceptually, the cachopo resembles the Cordon Bleu (ham and cheese stuffed Schnitzel), commonly featuring chicken breast.

Well, we don't fancy winged vegetable breast, we want steak, and plenty of it. Quite what cut you use is up to you and the depth of your pockets. Cachopo was originally developed, word has it, to disguise inferior meat, so there's no need to go for filet mignon when a more affordable slab will suffice.

Whatever cut you choose, it's advisable to have a thin steak, especially if you like your meat well cooked. More on that later, but first you will need to assemble... 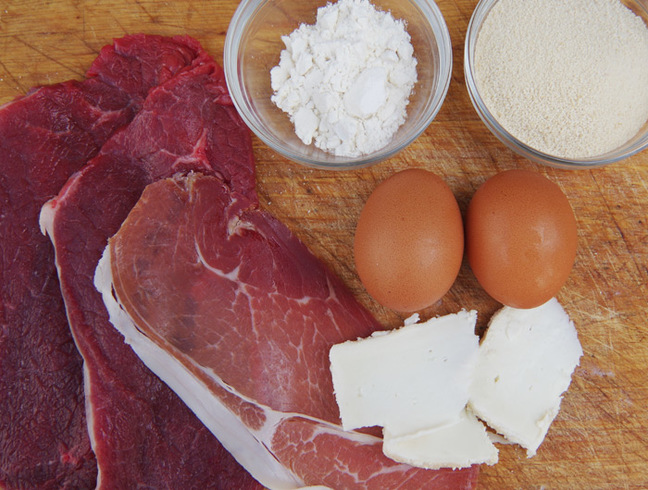 As ever, have salt and ground black pepper to hand to season your meat to taste.

The variety of cheese is similarly according to taste. We whipped out a fine semi-cured goat cheese, which was top notch. A blue cheese (in moderation) would certainly be a provocative alternative. In the end, though, bog-standard Cheddar is perfectly palatable.

So, get ready to rattle those pots and pans with our traditional step-by-step: 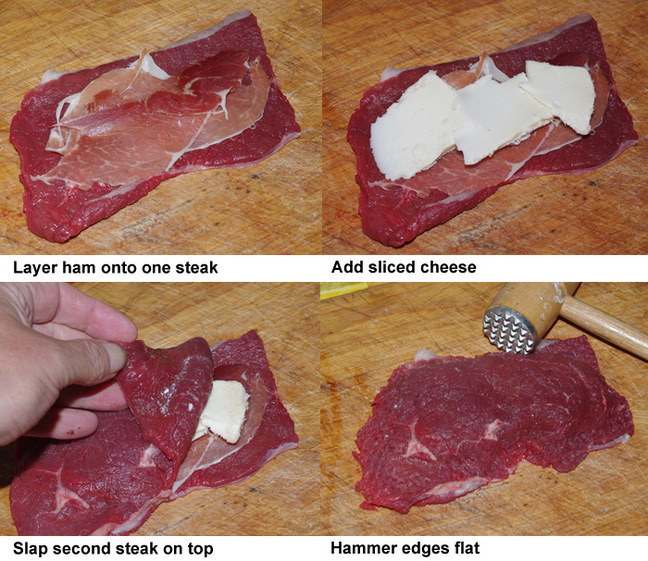 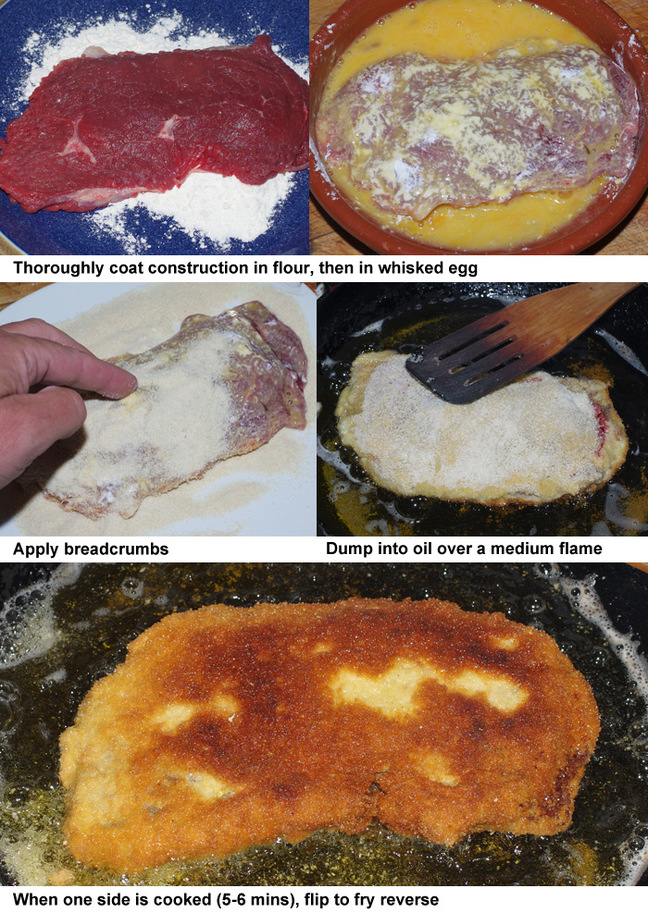 As you can see, plenty of oil is required for the frying phase. On a medium heat, our cachopo needed around five minutes per side before it was transformed into a mouthwatering dry tree trunk, with no sign of melted cheese leakage: 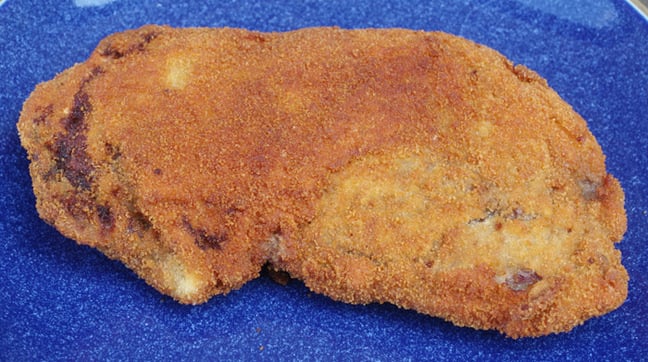 The steak, although thin, was still rare – just as we like it. Reduce the frying temperature and increase the frying time if this is all a bit too raw and bloody for you: 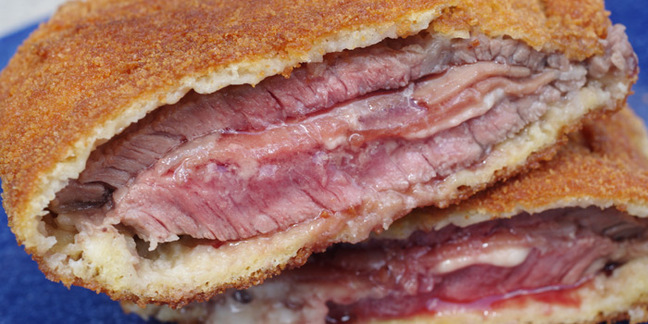 Magnificent. A satisfying crispy exterior with hot cheese and jamón serrano nestled in tender steak. To the undoubted delight of defibrillator manufacturers, cachopo is normally dished up with chips.

In a token attempt to keep the Grim Reaper at bay, the dish often also emerges from the kitchen with some roasted red peppers atop the cachopo, and a section of the plate dedicated to a light salad.

Naturally, we consider such frivolities entirely unnecessary, with a cold beer being the only thing required to improve the cachopo experience. ®